Overview
Back to top
Back and Neck Bones and Joints Diagnostics Heart and Lung Stomach, Bowel and Bladder 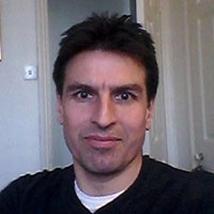 Dr Ishmail Badr Physicist, Radiation and Laser Protection Advisor
Worried about radiation in medical scans? You should see how much astronauts put up with! This animation shows just how little radiation is needed to help experts diagnose and treat medical conditions.

Medical scans help diagnose conditions that affect your health. Some use X-rays - a form of ionising radiation our bodies absorb - leaving people to worry about exposure.

The dose is measured in millisieverts (mSv). In the UK we absorb around 2.2 mSv every year from 'natural background radiation', that includes radiation from sources like the sun, radioactive rocks deep inside the Earth and the small amounts passed up through the food chain. It's roughly equal to the radiation you'd be exposed to from 110 chest X-rays at 0.02 mSv each time.

Air travel increases your exposure to cosmic radiation. A return transatlantic flight exposes you to around 0.1 mSv or around five times the radiation of a chest X-ray.

A mammogram produces more - 0.6 mSv, or the same as a dozen flights across the Atlantic.

A CT scan is higher still at around 7 mSv, about the same if you spent a year in Cornwall where the sun exposure and radioactive rocks pump up the levels of 'natural background radiation'. But even this amount isn't considered dangerous.

Radiographers are legally exposed to up to 20 mSv a year. The same as workers in a nuclear power plant.

Astronauts on board the International Space Station could easily be exposed to over 150 mSv. That's 20 CT scans, 250 mammograms or 7,500 chest X-rays.

That's a lot of radiation, but it takes a dose of 1,000 mSv in a short period of time to induce acute radiation sickness. Heavier exposure of up to 10,000 mSv can result in cell and neurological damage, and even death. But you'd only find this amount after a catastrophic event.

So while radiation is very bad for you at extreme levels, the amount needed for medical scans is relatively safe and you won't be referred for tests unless there's a medical need.

Back and Neck Bones and Joints Diagnostics Heart and Lung Stomach, Bowel and Bladder

How does MRI work?

Radiography exposed: The machines that see inside us