Radiography exposed: The machines that see inside us

From locating tumours to identifying bone fractures, diagnostic imaging sees it all. X-rays and magnetic resonance imaging (MRI) give medical experts key information so they can recommend treatments that are right for you.

There are a number of reasons why you might be anxious about these tests. Exposure to radiation, claustrophobia and uncertainty about loud and very powerful magnets are common concerns. Three tests that tend to worry people the most are X-ray, CT and MRI scans. 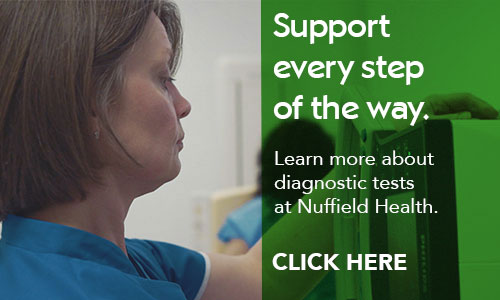 The most common concern surrounding x-rays is the associated radiation. During an x-ray, a very small dose of radiation is absorbed by the body as the x-rays pass through. Each dose lasts just a fraction of a second.

Find out more about radiation doses from medical scans.

As with all diagnostic imaging, the risks and benefits of the test are always balanced. You'll only be referred for tests that you actually need. 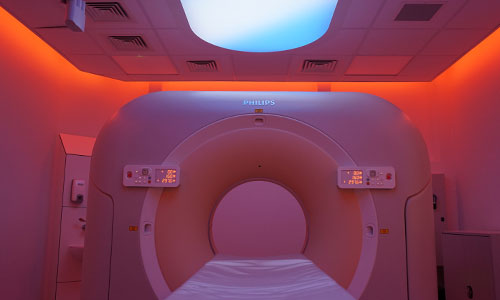 Computerised Tomography (CT) scans use x-rays and an advanced computer to builds up 'slice' images, allowing radiologists to see deep within internal organs.

CT is commonly used in the diagnosis and the planning of cancer treatment, helping to detect the location and size of tumours before radiotherapy treatment. The association with cancer has led to a common misconception that CT is a 'cancer scan'. It is in fact used to help diagnose many different conditions.

The amount of radiation your body will absorb during a CT scan is typically higher than a standard x-ray, however it's still only equivalent to between a few months and a few years' natural radiation from the environment. 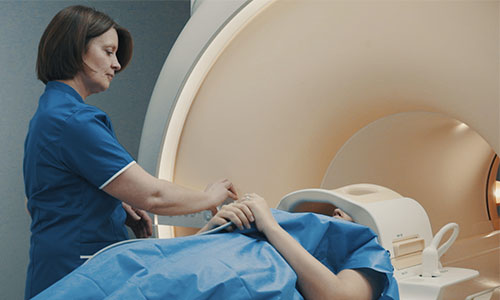 Magnetic Resonance Imaging (MRI) scans don't use x-radiation at all. Instead MRI's use strong magnetic fields and radio waves to build up an internal picture of the body.

Working at a sub-atomic level, magnetic fields shift and hold protons in your body before they're knocked out of alignment by radio waves. Protons in different tissue return to alignment at varying speeds, allowing a complex computer to build a detailed image without any need for ionising radiation.

While this might sound scary it is actually very safe. The effects of this process have been studied extensively and no negative impact on the human body has ever been recorded, making MRI scans one of the safest medical procedures available. However, MRI scanning presents other challenges for patients.

During an MRI, patients lie on a bed that will move into the magnet and remain there for the duration of the scan. This can cause anxiety for the patient, especially if they suffer from claustrophobia. The radiographer can support you throughout the scan by communicating via headphones. You'll be able to talk with your radiographer and let them know how you're feeling throughout the entire process.

Back and Neck Bones and Joints Cancer Diagnostics

6 ways to keep calm during your MRI scan

How does MRI work?