Overview
Back to top
Fertility Nutrition Pregnancy Women's Health
If you’re expecting a bundle of joy and are unsure about your diet, read on – Nutritional Therapist Tracey Strudwick guides you through nine months of optimum eating for you and your developing baby.

A healthy and varied diet is important at all times in life, but it’s particularly vital during pregnancy. Your ‘mum-to-be’ diet must provide enough energy and nutrients to meet your own requirements as well as the needs of your growing baby. Sticking to healthy eating guidelines is key throughout your pregnancy, along with making some important changes to your diet as you progress. 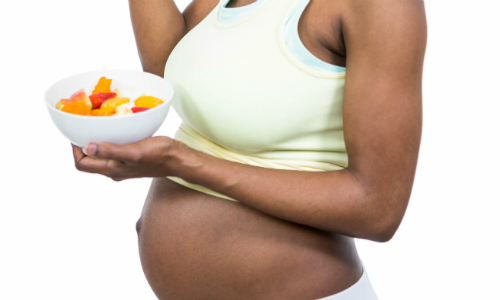 Protein-rich foods
Your baby needs a constant supply of amino acids for growth, and these are supplied by protein-rich foods such as lean meat, poultry, fish, eggs, beans and pulses (split peas, chickpeas and lentils). Current guidelines recommend 59-60g of protein every day for pregnant women, and good sources include:

Starchy foods
Both you and your developing baby need a constant source of glucose for the growth of new tissues and this is supplied largely by starchy carbohydrates. These include starchy root vegetables like potatoes, and wholegrains such as brown rice and quinoa. Bread, crackers, pasta and breakfast cereals are also in this group. Choose wholegrain versions of these whenever you can, as they are higher in fibre and B vitamins than white or processed varieties.

Dairy foods
These include milk, cheese and yoghurt and are an excellent source of calcium, which is a vital nutrient during pregnancy.

Always bear in mind that it is quality and not quantity of food that is important. Eating a well-balanced, varied diet will ensure that you are obtaining enough nutrients, and following the guidelines for each trimester will mean you are stocking up on those vitamins and minerals most needed for that stage.

Steer clear of unpasturised products though, or any mould-ripened cheeses such as camembert or brie.

Focus on the first trimester

Your diet during the first three months should include plenty of folate-rich foods, which is important for your baby’s developing nervous system. Folate is the naturally-occurring form of folic acid which is essential for the development of nerves, red blood cells and the formation of DNA in the body. It’s particularly vital to have good amounts of folate during the first weeks of pregnancy, as this is when the baby’s spine and nerve cells are being formed.

Good sources of folate are: 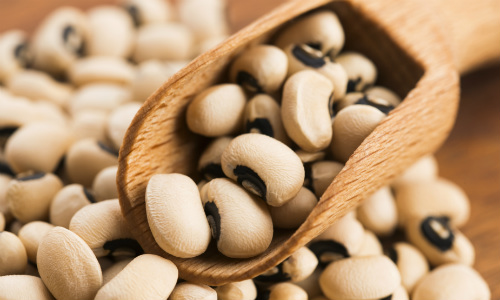 Morning sickness is a common complaint of early pregnancy, and can often last throughout the day. Minimise the effects by:

Focus on the second trimester

As your pregnancy progresses through the second trimester, any morning sickness should have disappeared and you should be feeling less tired and able to enjoy more foods again. As you grow, your blood volume increases and more iron is needed to help your blood move oxygen around your body, so include iron-rich foods such as:

Your body doesn’t absorb iron from non-haem (plant) sources as well as from animal sources, so try to eat foods containing vitamin C at the same time, as this helps non-haem iron absorption in your body. So for example, you could include peppers and tomatoes in a lentil-based meal, or have a glass of orange juice with dinner.

Support your baby’s developing brain by eating foods high in omega 3 fatty acids, such as oily fish (salmon, mackerel, herring, and sardines). The recommendations are to have no more than two portions of oily fish a week while pregnant, so eat flaxseeds, walnuts and tofu to keep your levels of omega 3 topped up.

Constipation can often be an issue in pregnancy, so make sure you eat plenty of fibre-rich foods such as fruits and vegetables, wholegrains such as brown rice, oats and quinoa, beans, lentils, chickpeas, nuts and seeds. At the same time, keep your fluid intake up to around 1.5-2 litres per day of water, herb teas, fruit teas or diluted juices.

Focus on the third trimester

During this stage of your pregnancy calcium and vitamin D should be in plentiful supply to support the growth of your baby’s bones and teeth. Good dietary sources of calcium include: 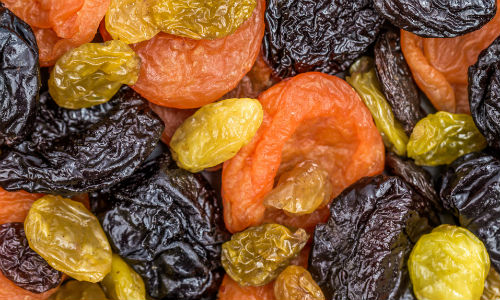 Vitamin D is made through exposure to sunlight, so make sure you go outside for around 15 minutes during the summer when the sun is stronger or 20-30 minutes in winter. Some vitamin D is found in foods like eggs, meat and oily fish (such as salmon and mackerel), but pregnant women are advised to take a supplement of 10mcg per day.

Your rapidly growing baby is placing an extra drain on tissue stores of vitamin C during the last three months, and as vitamin C plays a vital role in the absorption of iron, it’s important to eat foods that are rich in this vitamin. Foods high in vitamin C include peppers, tomatoes, kiwi fruit, citrus fruit, kale, broccoli and papaya.

Heartburn and indigestion are common problems during the third trimester, so having smaller, more frequent meals may help, as well as avoiding fatty or spicy foods.

It is only during the last trimester that the old adage ‘eating for two’ applies, and only by an extra 150-200 calories per day. This is equivalent to a small pot of yoghurt or a couple of oatcakes with houmous, so don’t go mad!

What to avoid eating during pregnancy

Unpasteurised milk and cheese: high levels of the bacteria Listeria Monocytogenes may be found in these products, and listeriosis, while rare in the UK, can cause miscarriage, stillbirth or severe illness in newborns. Toxoplasmosis is also a risk with unpasteurised milk and milk products, which in rare cases can lead to abnormalities in the foetus.

Pate, and soft cheeses such as Brie or Camembert: these products are another potential source of listeria bacteria and should be avoided during pregnancy.

Undercooked meat and poultry: Salmonella poisoning is most likely to come from these products, so make sure all meat (especially poultry) is well cooked. Take care when handling raw meat and store it separately in the fridge to avoid cross-contamination.

Raw seafood (such as sushi and oysters): occasionally raw fish such as salmon may contain small parasitic worms that can cause illness, and raw shellfish can contain harmful viruses and bacteria. Sushi fish, generally, has been flash-frozen, which destroys these pathogens, but it’s better to err on the side of caution.

Marlin, shark and swordfish: these fish may contain high levels of mercury (in the form of methylmercury), which can be harmful to the developing nervous system of the foetus. Mercury is concentrated up the food chain, so found in highest amounts in large, predatory fish such as these, as well as tuna, so it’s recommended that pregnant women don’t eat more than two portions of fresh tuna or four medium sized tins per week.

Alcohol – the Department of Health recommendations are now to have no alcohol during pregnancy. Don't worry if you drank alcohol before you knew you were pregnant, but you should avoid it for the remainder of your pregnancy. Drinking alcohol while pregnant has been linked to a condition called foetal alcohol syndrome causing physical and mental problems for the baby.

Caffeine – you don't have to give up on caffeine completely, but current guidelines recommend not to drink more than 300mg per day, the equivalent of around two cups of coffee. Don't forget that soft drinks like cola and energy drinks also contain caffeine (as does chocolate). As a precaution, stick to healthier alternatives such as herb teas, water fruit infusions and diluted fruit juice.

Healthy and delicious ingredients to add to oats

Why oats should be your go-to breakfast

The Birth: Wellbeing essentials for your hospital bag