Overview
Back to top
Bones and Joints Mental Health Support Fitness Physiotherapy Case studies Patient story
Physiotherapy helped former dancer Terrie to walk without a wheelchair again, but it also did so much more.

From the balcony of her 11th floor apartment in Manchester, Terrie can see Old Trafford and people going about their lives in the bustling city below. For four years, that was all the interaction that Terrie had with the world.

A crippling condition left Terrie withdrawn, holed up in her small apartment and hiding from what she describes as the embarrassment of being stared at if she were to leave.

Terrie had been diagnosed with Fibromyalgia, a chronic condition that causes extreme pain in muscles all over the body and is often confused with arthritis. It’s a condition with close interaction between physical, neurological and psychological factors. Depression and shock can cause flare ups and make the pain even worse. Terrie’s condition became so bad she needed a wheelchair to travel anything further than 200 yards.

“I was a dancer, years ago. I did everything from ballet to jazz. Movement was so important to me, and then I started to suffer from this condition. I had no way to let off steam without my dancing, so I got stressed, I lost confidence and I was housebound.”

If it weren’t for her son, Terrie says, she may never have left the house again.

“My son had been to visit the Nuffield Health gym at Printworks and he saw an opportunity for me. ‘They’re really friendly, Mum’, he said, ‘They could help.’”

As well as its gym and pool, the Printworks facility has a medical center with GPs, physiotherapists and specialist facilities to support people with disabilities. So after years of solitude Terrie took the brave step to leave her house and head to the gym.

“I hadn’t been on the tram on my own in years. By the time I got to Nuffield Health I was very nervous and quite shaken.”

Reception staff identified that Terrie would need some extra help, so they introduced her to Kenny, Printworks’ Business Development Manager, who sat with Terrie as she poured her heart out about the difficulties she has had.

“To have someone cry on you, it’s not nice,” Kenny says. “I knew that we could help Terrie though, so I set her up with Luke, her Personal Trainer, to do an initial Health MOT and then she was given a thorough Physiotherapy assessment.

“And I made her a promise - that once she gets better, I’m going to take her dancing.”

For the first few weeks after her Health MOT, Terrie got used to the facilities by using the spa pool and the pool, with lifeguards using a levered chair to lower Terrie in. 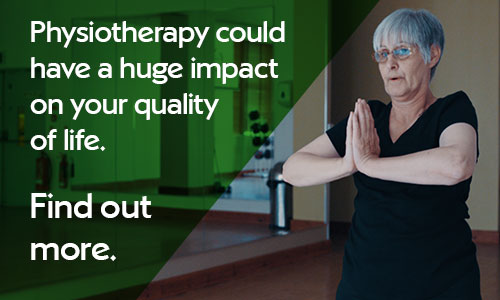 “The warm water is so soothing,” says Terrie, “The first time I climbed in I didn’t come out for an hour. It was such a relief, because I had been on a two year waiting list for hydrotherapy.”

Terrie’s physiotherapy assessment recommended she combine her swimming with clinical Pilates, an individualised programme of Pilates that addresses your specific needs. Over the next six months Terrie worked with Luke and Anna, her physiotherapist to build strength, mobility, and above all, confidence.

“My life has changed so much for the better,” says Terrie. “When I walked in that door, for the first time I was treated like a human being and not a disability, and that has meant so much.

“Without the physio I wouldn’t be able to walk. Now I am walking with just one stick, and I plan to lose that in the next month. But it’s also the small things: I can put my socks on, I can sleep without pain and I can hold my head up high.”

In May 2016, Terrie and Kenny took their first dance steps together, a slow waltz in Studio 1 at Printworks.

5 signs you may need physiotherapy

4 ways Clinical Pilates keeps you moving against the odds