The health benefits of turmeric

Overview
Back to top
Bones and Joints Cancer Nutrition
For a single ingredient, turmeric spice manages to pack a major health punch. Here are some of the benefits it can have on your body. 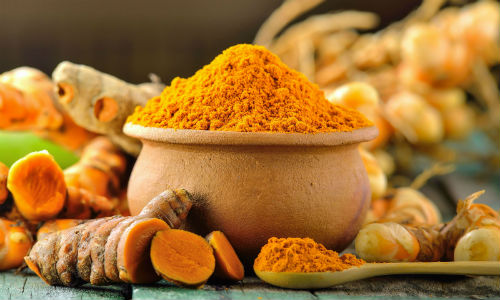 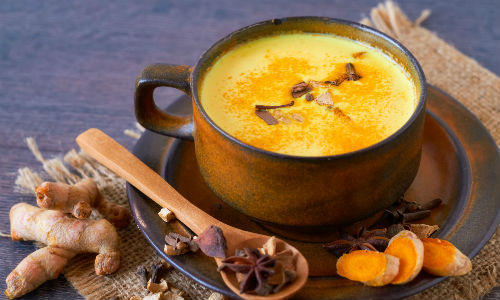 Turmeric (Curcuma longa), the bright yellow spice used throughout Asia for centuries, has in recent decades been embraced by the West, not just for its ability to satisfy our appetite for curry, but for its impressive list of health benefits. Turmeric is quite literally, hot stuff.

Grown for its root, turmeric has an ancient history of uses in cooking, fabric dyeing, cosmetics and traditional medicine in China and India.

Curcumin is a pigment found in turmeric that not only gives it it’s characteristic bright hue, but also has a range of health benefits. These include antibacterial, antimicrobial, anti-inflammatory, and antioxidant effects. Because of these wide-ranging functions, turmeric has been studied in relation to arthritis, eye conditions, cancer, heart disease, Alzheimer’s disease and more.

The majority of studies looking at the health benefits of turmeric have been small trials which makes their results less certain. In addition, many have used various preparations of turmeric, sometimes in types you wouldn’t find in turmeric powder, or quantities you wouldn’t want to add to cooking! Therefore, while all of the below claims have been proven in human trials, they are by no means certain.

Turmeric is a natural anti-inflammatory

Inflammation is a necessary process in the body, as it fights off harmful invaders and repairs damage caused by bacteria, viruses and injuries. However, long-term inflammation has been implicated in most chronic conditions such as heart disease and cancer, so must be controlled, which is where anti-inflammatory compounds come in. The curcumin in turmeric has proven, strong anti-inflammatory properties that block the action of inflammatory molecules in the body. Studies show positive effects of curcumin on people suffering from conditions such as rheumatoid arthritis[1] and inflammatory bowel disease[2], amongst others[3].

Turmeric is a powerful antioxidant

Curcumin has been shown to be a robust scavenger of oxygen free radicals, which are chemically active molecules that cause damage to the body’s cells. Free radical damage, along with inflammation, is a key driver of cardiovascular disease, so curcumin can play a part in preventing and managing heart disease. In addition to antioxidant effects, turmeric has also been shown to lower cholesterol and triglycerides in people at risk of heart disease[4], and may improve blood pressure[5].

Antioxidants in turmeric may also reduce the risk of cataracts, glaucoma and macular degeneration.

Numerous human and animal studies have explored turmeric’s influence on cancer, and many have found that it can affect cancer formation, growth and development at a molecular level. Research has shown that it can reduce the spread of cancer and can contribute to the death of cancerous cells in a variety of cancers, and can reduce the negative side effects of chemotherapy.

There is growing evidence that curcumin can cross the blood-brain barrier and may help to protect against Alzheimer’s disease. It works to reduce inflammation as well as the build-up of protein plaques in the brain that are characteristic of Alzheimer’s disease sufferers. There is some evidence that curcumin can help in depression and mood disorders. Turmeric supplements lowered depression and anxiety symptoms and depression scores in multiple trials[6].

While most of the current research is being carried out in a lab or on animals, the results are encouraging, and this wonderful spice will continue to be investigated as a powerful tool in improving our health. And it’s a great excuse to make a curry!

Getting the most from turmeric

The key to tapping into the health benefits of Turmeric may lie in how you consume it.

Combining turmeric with black pepper has been shown to increase curcumin absorption by an impressive 2000%[7]. Other studies have shown combination with fats, such as olive or rapeseed oil, may also increase absorption[8].

So while there have been many claims about the healing properties and health benefits of Turmeric, the jury is still out on just how true these are. Extravagant claims such as ‘Turmeric can cure Cancer’ should be taken with a pinch of salt. If it sounds too good to be true, it probably is.

The results from recent studies looking at the benefits of turmeric are encouraging. That said, if you have a specific health concern that you think turmeric could help with, a quick chat with your GP should be your first step.

Remember, they key to getting long-lasting benefits from any food is to eat a balanced diet.

Buy turmeric from our shop