Overview
Back to top
Vision and Eyes Patient story
At just 51 years old, Graeme Chisholm was surprised to learn cataracts were responsible for his deteriorating eyesight. Here's how multi-focal lens implants brought his life back into focus.

Graeme sat in the low light of a London restaurant looking over the wine menu. He’d forgotten his glasses again, but he scanned the list in earnest, acutely aware of the waitress hovering over his shoulder awaiting his decision. He settled on a Malbec, £32. Only it wasn’t £32 – it was £232.

That night was a turning point for Graeme. The inflated bill was just the latest in a string of expenses related to his failing vision. He had a pocket full of prescription glasses – a pair for work, a pair for reading, a pair for sports and skiing. Even when Graeme remembered to bring them, the changing condition of his eyes meant a constant need for replacement.

“I thought cataracts only affected older people. I didn’t want to admit I had them to my friends or colleagues.”

“I hated life with glasses. I didn’t like the look of many of them so out of vanity I spent far too much getting the ones I thought looked good,” he admits. 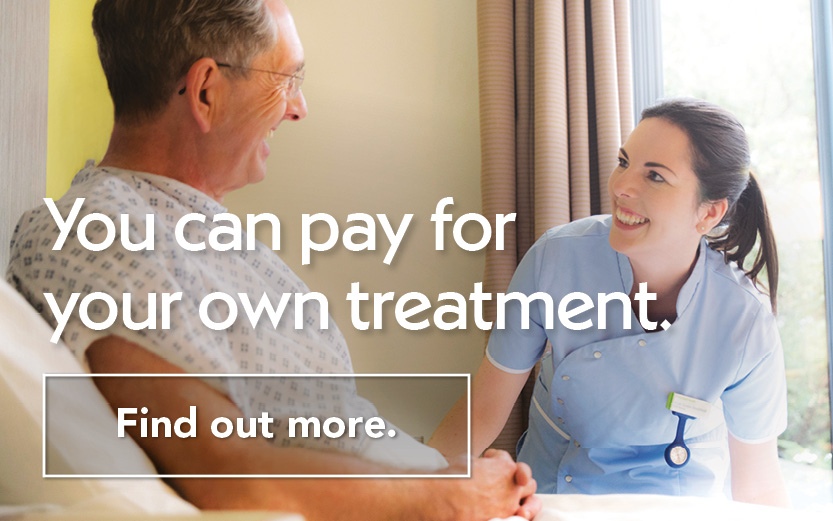 But when Joey told Graeme that cataracts were to blame for his blurred vision he didn’t want to believe it.

“I thought cataracts only affected older people. I didn’t want to admit I had them to my friends or colleagues,” he says.

Mr Cazabon warned Graeme that the condition would only worsen with time and suggested they take action right away.

“To get rid of cataracts the lens inside the eye has to be replaced. Traditionally, the new lens implant is to correct long distance and glasses are prescribed to help with near-sighted activities,” says Mr Cazabon.

Graeme, like many younger patients who are active and busy, preferred the idea of a multi-focal lens implant to make him spectacle free. All he had to do was decide when to book his appointment.

“The team at Nuffield Health Chester Hospital are really great. They looked after me from the moment I walked in the door. The nurses make you feel very comfortable and it was nice to know Joey - a guy I like and trust - would be performing my operation,” says Graeme.

Panic began to creep in as the needle hovered nearby, but the local anaesthetic meant he felt no more than a little pressure and liquid running over his eye.

It was all over in less than 15 minutes. After 12 hours, Graeme was able to remove the eye patch.

“You have to be prepared for the fact that your vision isn’t perfect right away,” he says.

“It took around three days for my eye to adjust to the new lens and within two weeks I had perfect vision in the operated eye.” 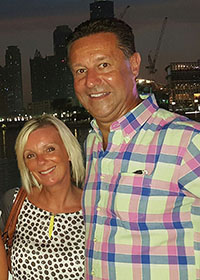 Whilst Graeme was awaiting his second eye to be operated on, he says even one finished eye was better than both eyes with his old glasses on. However, nothing could prepare him for just how clear his world would become.

“It’s transformational. You just don’t know what things really look like until you have perfect vision.”

Graeme's results so impressed his wife, Sandra, that she went to Joey for the very same procedure. Now they both enjoy seeing the world a little more clearly.

4 signs you may have cataracts

The 3 main types of cataract