How sporting veteran Tony Larkin came back from arthritis

As a professional footballer Tony spent 15 years running around on the field during an illustrious career in the first division. When he retired from football in 1979 he took on an equally active role as head of sports and recreation at the Royal National College for the Blind (RNC) where he spearheaded the introduction of blind football in the UK. In the 35 years since, he has been championing the sport and has taken two teams to the Paralympics as Head Coach.

“For me something that hit home was the parade, having the Olympics and the Paralympics all on the same lorries it really struck me that people weren’t looking at abled and disabled, they were looking at elite athletes,” he recalls.

So when Tony became incapacitated with pain in his hips and knees, his treasured career and lifestyle were under grave threat.

“From a very early age I’ve always been active. I started playing professional football at 17 and continued playing semi-professional into my forties. When I started at the RNC my job was to take fitness classes, cricket and swimming, spinning etc.

“It wasn’t until 2006 that I started getting a great deal of pain. I became immobile and started putting weight on,” says Tony.

Seeing his GP he was told it was likely he had arthritis in his knees, but due to his relatively young age the GP was reluctant to recommend joint replacements as they tend to last just ten to 15 years. So Tony suffered on, becoming increasingly debilitated.

Eventually Tony felt he had suffered enough and asked the GP for a referral to Nuffield Health Hereford Hospital. In July 2008 Tony had his first consultation with Orthopaedic Surgeon Matthew Oakley who immediately identified that much of Tony’s knee pain was actually referred pain originating from his hips.

“For two or three years I was constantly in pain. If I look back at photographs now I always looked quite miserable, I was inactive and my quality of life wasn’t very good. It got to the stage where the pain was just unbearable.”

By this point Tony’s condition was fixing his hips in a permanent seated position. X-rays showed that his hips had severe arthritis resulting in bone-on-bone contact and his right knee also had bad arthritis. Tony was determined to attend the Beijing Paralympics in September, so his operations were scheduled around his sporting commitments.

When the day of his first operation arrived, Tony was surprised at how quickly he was able to recover.

“I had the operation in the morning and in the afternoon they had me up on my feet,” says Tony. “The physio provided aftercare and rehabilitation, telling me what exercises and stretches to do to help the recovery and advising me on my diet as well. 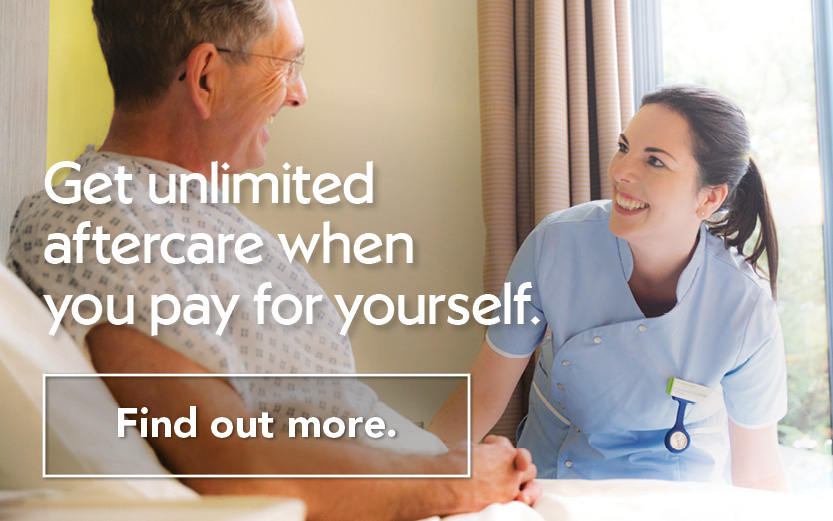 “The aftercare I think is the most important part. The operation gives you the new hip and takes away the pain but getting the movement back and building your strength back, that’s the physio. They provide you with the exercises, they push you and they monitor you.”

Over the course of the year Tony underwent three operations to get him back to the life he loves. “Since I had my last operation within about two or three months I was able to get back to exercise in the gym, taking part in classes. I lost three stone in weight and now I’m back taking ten spinning classes a week.

“My life is back to normal, I’m pain free. I’ve been careful about what exercise I do but I’ve been able to take part in sport and enjoy life again.”

Tony is now able to continue to support blind football in the UK, with his Point 4 facility in Hereford hosting the European Championships this year. With his new joints he’ll be able to fully support the GB team he is so passionate about.

“It’s been like a dream in this job. Getting to work with blind people and seeing how they enjoy sport, enjoy movement and seeing them accomplish the same achievements as sighted people.”