Overview
Back to top
Physiotherapy Case studies Patient story Injury Mental Health Support Bones and Joints
Two knee injuries left Heather doubting she’d ever go back to her active lifestyle. But meeting with a Nuffield Health physiotherapist gave her the confidence to recover.

Heather thrives outdoors. She loves to run in the sunshine, go camping in the New Forest, walk along nearby beaches, and tinker in the garden. The bonus is that these things also allow her to manage her mental health.

She always worried what would happen if she could no longer be active outside. She remembers thinking: “Where would that leave me?” She just couldn’t imagine a life without it.

And then her worst fear happened.

“I knew as I sat on that bed in A&E that I was going to find this a challenge, and I was really concerned.”

A couple of unfortunate events had led up to this point. It began with Heather falling through a loose manhole cover – a nasty accident that left her cut and bruised, with a very sore knee.

She tried to carry on with her daily activities, thinking it would heal over time. “I now realise this wasn’t my greatest plan,” Heather admits. Having weakened it further, two weeks later she caught the same knee on the edge of an open drawer and dislocated it.

Her knee kept going into spasm and it was a struggle for the paramedics to get the pain under control to move her into the ambulance. It took three hours, a lot of morphine, and a very skilled doctor to massage her kneecap back into place.

“Apparently my scream silenced the whole of A&E,” says Heather, “I was sent home, feeling somewhat traumatised.” She was given a leg brace and crutches, a sheet of basic knee exercises, and instructions to book a fracture clinic appointment.

“Even at this low point, I knew I had to do everything possible to get moving again.” 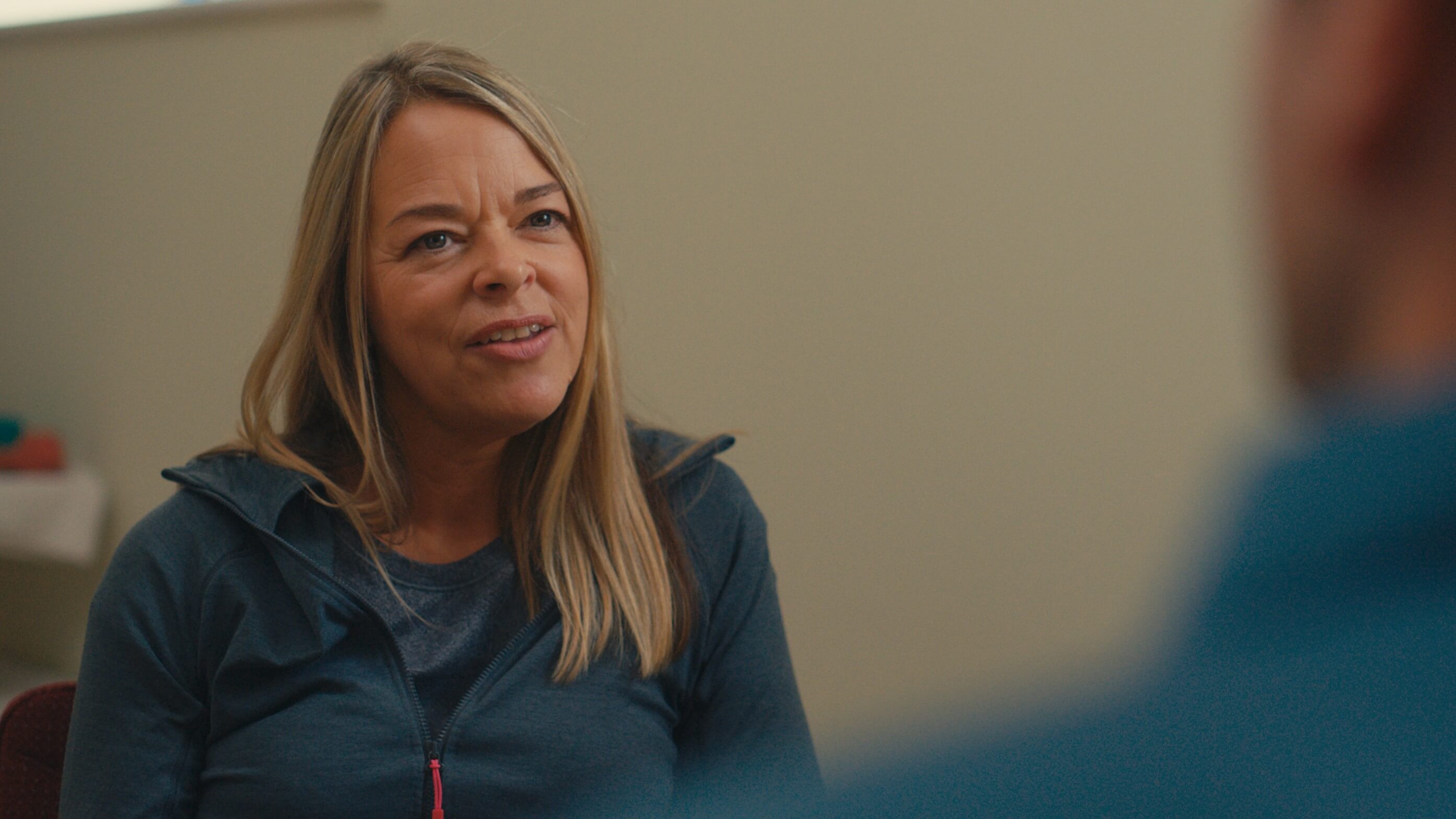 She contacted Nuffield Health to see if they could help and was offered an appointment with Andrew Coombs, a physiotherapist at her local gym in Chichester.

“Poor Andrew! When I hobbled into his office and he asked me what had happened, I explained the pain and my worries to him with tears pouring down my face,” Heather remembers.

“I was convinced I’d done some serious damage, that I’d never run again, and that my mental health would take a massive hit. I do realise that many people go through far worse, but at the time I was so tired and emotional, and it all felt very bleak.”

She believed her knee would easily dislocate again and couldn’t see a way forward.

“Thankfully Andrew was brilliant. He listened patiently and carefully every time I saw him.” 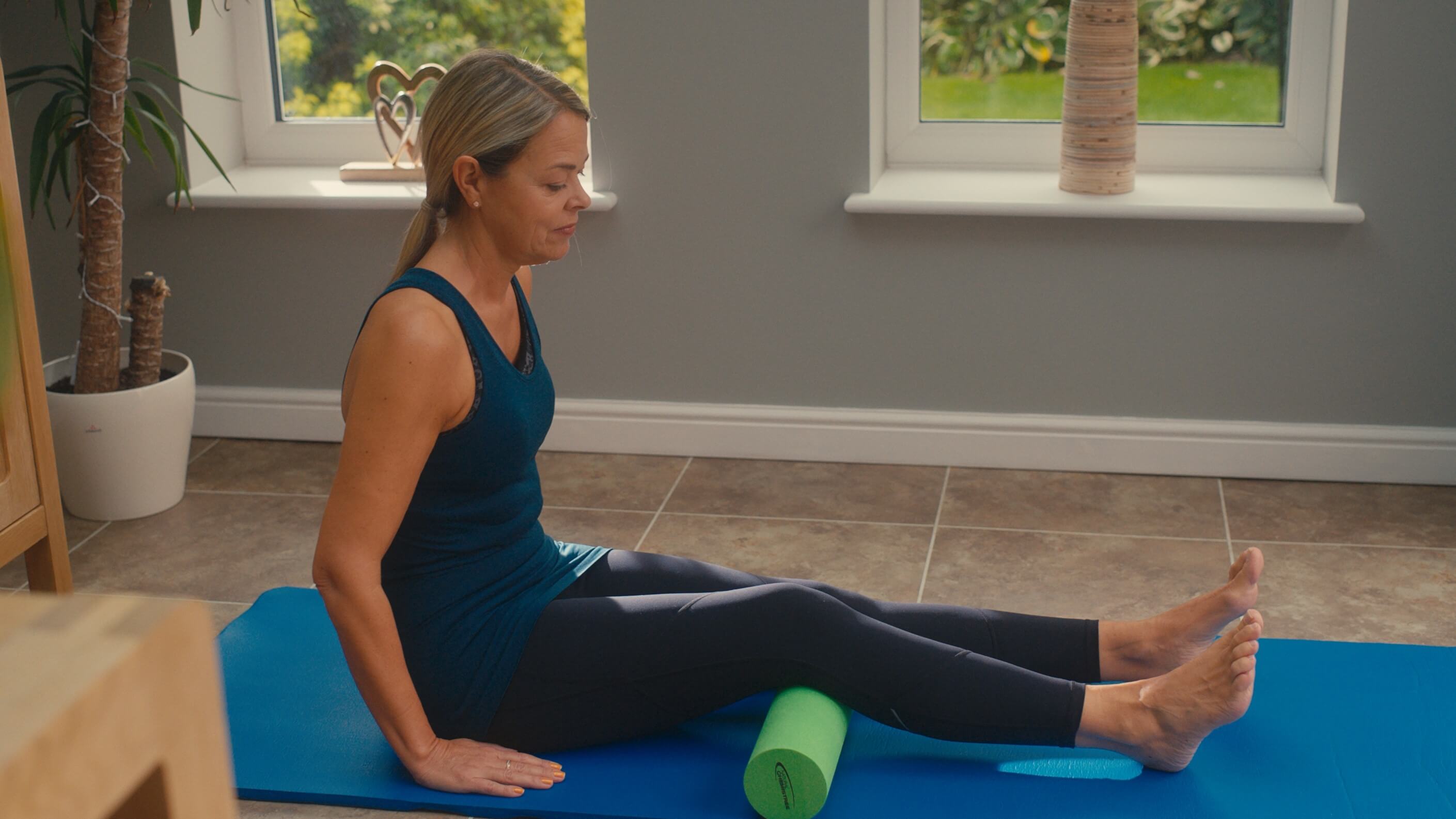 Over the next six months, Andrew gave her exercises to do both at home and in the gym. She mentions: “He was always pushing me to work harder, but he understood my nervousness.”

Andrew also suggested a course of CBT (Cognitive Behavioural Therapy) to help with the trauma she was experiencing in relation to the day the injury happened. “I found the CBT very helpful in dealing with my fears around re-dislocation,” she says.

This confidence boost meant she felt able to push herself further with the physio exercises and led to a much faster overall recovery.

“Andrew was key to my return to health, both physically and mentally.” 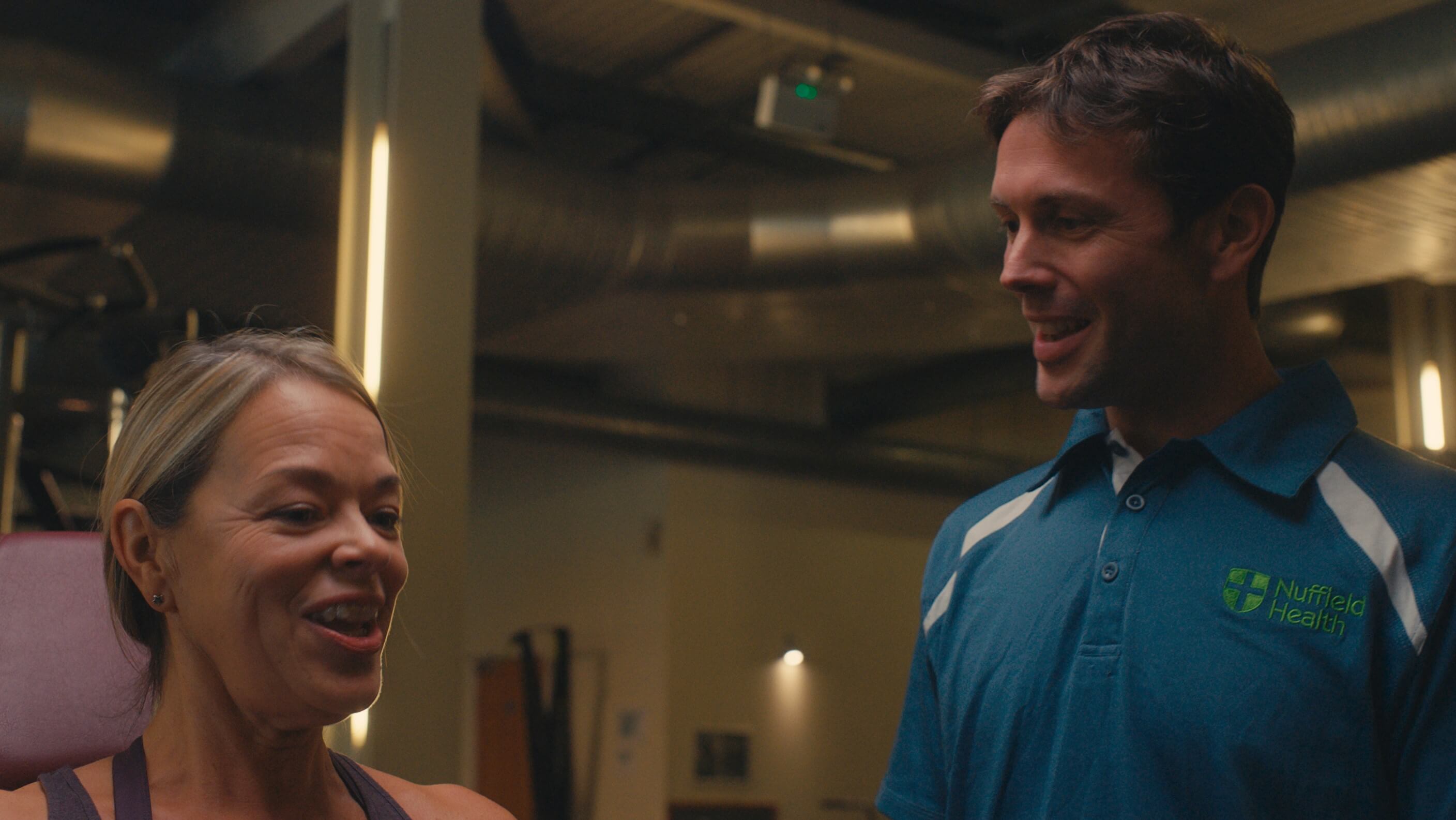 Thanks to his support and expertise, she’s regularly running 5km, and she even went on a tandem cycling holiday through the French countryside. “These are things I could only have dreamed of a year ago,” she adds.

“Imagine having that much of an impact on someone’s life,” Heather remarks. “It’s really powerful stuff.”

For more information on recovering from a knee injury, go to our joint health advice hub or find out more about physiotherapy.