Overview
Back to top
Cancer Women's Health
Breast cancer is the most common type of cancer, affecting almost 55,000 UK women each year. But not everything you hear about breast cancer is true.

In fact, there are so many myths floating around it’s sometimes hard to tell fact from fiction. 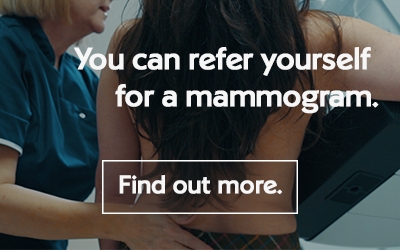 Myth: Most breast lumps are cancerous

A lump is not necessarily a sign that you have breast cancer. Roughly 80% of lumps in women’s breasts are caused by benign (noncancerous) changes, cysts, or other conditions.If you find a lump, don't panic - but you should have it checked just to be sure.

Myth: Breast cancer always comes in the form of a lump

Many women examining their breasts wrongly believe they should be looking exclusively for lumps. There are other changes in the breast to look out for such as changes to breast skin (swelling, skin irritation or dimpling), changes to the shape and size of the breasts , breast or nipple pain, nipple inversion, redness, scaliness, thickening of the nipple or breast skin, or a discharge other than breast milk. Like lumps, these signs could indicate cancer but are more likely to benign conditions.

Myth: If you’re at risk for breast cancer, there’s little you can do but watch for the signs

There’s a lot that women can do to lower their risk, including losing weight if they’re obese, getting regular exercise, lowering alcohol consumption, examining their breasts regularly and quitting smoking.

Myth: Only women with a family history of breast cancer are at risk

Roughly 70% of women diagnosed with breast cancer have no identifiable risk factors for the disease. But the family-history risks are these:

Myth: Wearing an underwire bra increases your risk of getting breast cancer

Claims that underwire bras compress the lymphatic system of the breast, causing toxins to accumulate and cause breast cancer, are not backed up by science. The consensus is that neither the type of bra you wear nor the tightness of your underwear or other clothing has any connection to breast cancer risk.

Myth: Wearing antiperspirant increases your risk of getting breast cancer

There are claims that parabens, used as preservatives in some antiperspirants, have weak oestrogen-like properties and may contribute to breast cancer development. But no cause-and-effect connection between parabens and breast cancer has been established.

Myth: Small-breasted women have less chance of getting breast cancer

Very small breasts and very large breast can be difficult to examine using mammography and MRI but there is no evidence to show that women with small breasts are less likely to develop breast cancer. Mammographers are specially trained to ensure women of all sizes can be screened. More important than size is the type of tissue the breast is made of. Very dense tissue, which shows up white on a mammogram, can make it difficult to detect small cancers.

No causal connection has been found between drinking caffeine and getting breast cancer. In fact, some research suggests that caffeine may actually lower your risk. So far it’s inconclusive whether breast soreness may be linked to caffeine.

In the past, women with lumpy, dense, or fibrocystic breasts were believed to be at higher risk of getting breast cancer, but there doesn’t appear to be a connection after all. However, when you have lumpy breasts, it can be trickier to differentiate normal tissue from cancerous tissue, so you should report any changes to your GP.

Myth: Mammograms expose you to so much radiation that they increase your risk of cancer

While it’s true that radiation is used in mammography, the amount is so small that any associated risks are tiny when compared to the huge preventive benefits gained from the test. Mammograms can detect lumps well before they can be felt or otherwise noticed, and the earlier that lumps are caught, the better one’s chances of a positive outcome.

Watch our Ultimate guide to checking your breasts or find more detailed information about breast cancer.

How to check your breasts

The truth about mammograms (from women who’ve had them)