Overview
Back to top
Patient story Bones and Joints 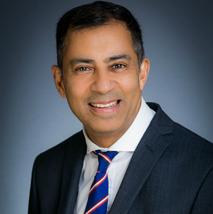 With long days spent inside, going out for long walks became something to look forward to and suddenly the whole country was realising the importance of incorporating exercise into our daily lives, even it was just an excuse to get some fresh air.

But for many, leading an active lifestyle is a part of who they are.

That can be said for Bob McLintock, former Chief Executive of Brentwood Borough Council, and current Chairman of the Active Brentwood sports partnership, he's spent more than 50 years dedicated to sport, either as a participant, teacher, coach, facility manager or event organiser.

Someone for who sport has played a massive part of their life, Bob has always been extremely active, that was until extreme pain in his knee left him struggling to walk.

But thanks to a knee replacement from Nuffield Health in Brentwood, Bob has regained the lifestyle he was once used to.

From barely able to walk to running around playing football with his grandchildren, Bob is once again able to exercise without pain.

It was 10 years ago when pain in Bob's left knee began to limit how much exercise he could take part in. By the end of 2019 the pain became worse to the point where he was restricted to walking for just 15 minutes.

In January this year he decided to get it checked out and after meeting with Consultant Orthopaedic Surgeon and knee specialist, Mr Sunil Kumar, Bob was immediately sent for x-rays which identified the problem as severe bone-on-bone arthritis.

He was told that a total knee replacement would be the best course of action to get him back to his old self.

After a successful operation, Bob was offered physiotherapy and was given a tailored exercise programme to support him back to fitness.

In hospital for three days, Mr Kumar visited Bob daily and saw him for two follow-up appointments to check on his progress thereafter.

Once out of hospital, it was then up to Bob to work on his recovery which he did with a month-long programme of physiotherapy and an on-going recovery exercise programme.

Back to playing football with his grandsons

Bob did experience some pain after his operation but, with regular exercise as instructed by the Nuffield Health Physiotherapy team, he was able to restore maximum movement in his knee.

Now back to his former active self, Bob is enjoying the new lease of life that surgery has given him which includes spending time with his family.

Eight months after surgery, Bob was delighted to say: "I have the same range of movement in my new left knee as I have in my right. I am exercising and walking without pain and can play football with my grandsons.

"Not only was the treatment superb, it was speedy too and got me properly back on my feet, doing what I want to do."