“Once I had made the appointment I felt so much better. Despite my concerns about what would be found - I felt much more in control and able to cope.”

Overview
Back to top
Men's Health
Many people’s health and wellbeing has been impacted by the pandemic, yet the number of people seeking help when they have a concern has significantly reduced during this time, particularly amongst men. Here, Brendan Street, Nuffield Health’s Professional Head of Emotional Wellbeing, shares his experience of a personal health issue and how he sought help.

What was your situation during the pandemic and what did you struggle with most – homeschooling, sick parents, loneliness, homeworking etc. 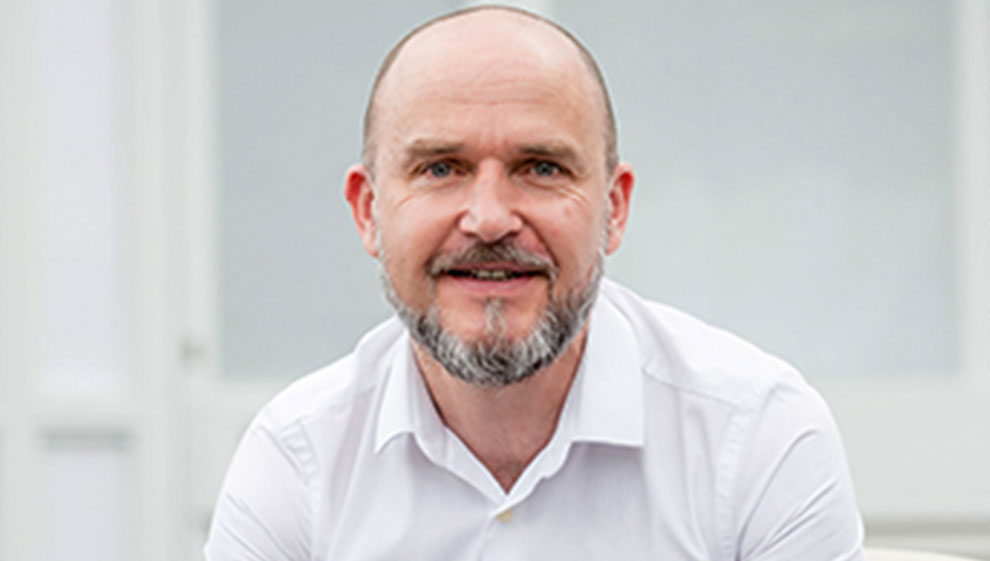 It was really difficult during the initial stages of the pandemic. I was going through some major changes including relationship difficulties, and my daughter, Beth, was in the process of moving to Australia. As you can imagine this wasn’t the perfect mix during a global pandemic and led to a certain amount of worry and stress. As a therapist I am quite a people person. In the context of what was going on in my life, and the restrictions due to COVID-19, I’d say that the main thing I started to find difficult was loneliness. I missed being with others. There are only so many Skype, Teams or Zoom meetings a person can tolerate, and they didn’t make up for not being able to have real eye contact, properly laugh with someone or just have a hug.

Did the pandemic impact your physical and emotional health?

In the early stages of COVID-19 my physical and emotional health took a real dip. I felt lonely and threw myself into work. Looking back, I was working long hours, wasn’t eating properly and probably having the odd too many glasses of red wine. My main form of exercise had been swimming which was off limits for much of the pandemic. What I did start to do though was lots of walking. It helped me think and was a break from constantly looking at the computer screen. I’d walk around 6 miles a day and this gradually evolved into running 25K plus per week. I enjoyed being out in the fresh air despite COVID-19, the weather was good during the early days of lockdowns.

However, being out in the sunshine made me more aware of a physical health problem I had been actively ignoring for many years. When I say active…it was very active. My grandfather died relatively young due to skin cancer. He developed a melanoma (a type of skin cancer) on his back and despite treatment died aged 69. My mother had treatment for different types of skin cancer during her life. About 10 years ago I noticed a scaly, red, crusty patch of skin on my left cheek. Sometimes it was more noticeable than others and I did what any self-respecting health professional would do…I ignored it.

Did you seek help/support, and did you do this straight away, from whom, or what stopped you seeking help?

I actively ignored the patch of skin on my cheek for many years. I knew from family experience that skin cancer is the most common form of cancer in the UK and that most skin cancers can be cured if detected early. However, as each year went by and I continued to ignore it. I felt that I had failed in some way and now it wouldn’t be cured. It sounds really daft now, but I felt simultaneously weak for not seeking help and scared that if I did seek help I would be told I had cancer and then judged as stupid for not getting help earlier. This kept me on the road of denial until I started walking during the first lockdown.

When did you seek support and how did it help?

Being out more in the sunlight due to walking everyday made the patch on my left cheek more prominent. It became itchier and inflamed. In addition to this (and ironically) I began advising Beth regarding staying ‘sun safe’, given her family risk, when she moved to Australia. Yes, I know, very much ‘do as I say not as I do’! My new partner also prompted me to seek help. It was a combination of these factors that led me to use the employee healthcare scheme to make an initial appointment with a consultant dermatologist. It was really easy to make the appointment and the people I spoke to at BUPA were really knowledgeable and put me at ease regarding the process. I also got an appointment that was relatively soon, which made the wait easier.

How did you feel after you sought help/support?

Once I had made the appointment I felt so much better. It was odd but despite my concerns about what would be found I felt much more in control and able to cope. I had the initial appointment and the consultant indicated that he thought the patch of my cheek was a basal cell carcinoma (a BCC). There are two main types of skin cancer: melanoma and non-melanoma skin cancer. A BCC is a non-melanoma skin cancer and is the most common type (greater than 80%) of all skin cancer in the UK. Apparently if you are going to have skin cancer, then the one to have is BCC. It’s easily treated if caught early and can be cured in nearly every case. I wasn’t too sure about the ‘nearly every case’ wording but again felt relieved that I had taken action about something I had worried about for so long.

I then had a skin biopsy to confirm diagnosis. This was again organised really quickly and was straightforward and painless. The results of the biopsy came through after a week and it wasn’t a BCC but something called an Actinic keratosis. This is an abnormal growth of cells caused by long-term damage from the sun. They aren’t cancerous, but a small fraction of them will develop into skin cancer. The trouble is dermatologists can’t predict which will, and which won’t become cancerous, and so they treat all AK’s as pre-cancerous. I had Photodynamic therapy soon after the biopsy. This involves light-sensitive medicine and a light source to destroy abnormal cells. I won’t lie this did hurt a bit, but the 15 minutes of pain was worth it. My cheek is now completely clear, and I don’t worry every time I go out in the sun (I wear factor 50 sun cream on my face) or when I see myself in a mirror. I feel a little bit daft that I didn’t seek help earlier but I’m not beating myself up or thinking that I am weak or stupid – I did seek help and it helped

What advice would you give others?

As the British Skin Foundation says “If in doubt, check it out”. Skin cancer is the most common form of cancer in the UK and rates continue to rise. At least 100,000 new cases are now diagnosed each year. The disease kills seven people every day but most skin cancers can be cured if you catch them early.

A lot of us, men in particular, see our bodies and health from a repair perspective, i.e. we wait for it to breakdown before looking to get it fixed. That’s what I did for years - using the analogy of a car I could hear funny noises from under the bonnet for a long time before I did anything about it. We need to approach health more from a maintenance perspective – looking after ourselves better and getting those odd noises checked out sooner rather than later. That’s what I did (eventually) and I am so glad I did.

3 ways men can look after their health

“Asking for help is scary, but worth it”