3 ways men can look after their health

Overview
Back to top
Men's Health 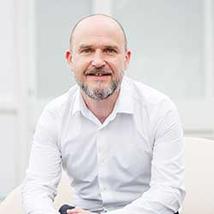 Brendan Street Professional Head, Emotional Wellbeing
Men are then more likely to adopt a critical repair approach rather than a maintenance approach to health help seeking. It’s like running your car into the ground then going to the garage, rather than having regular services. Brendan Street discusses why men don’t take care of themselves as much as women, and what we can do about it.

It's clear from the stats that men aren't taking their health as seriously as women – and are paying the price. 20% of men die before they reach 65 and 40% die before reaching 75. Men typically die younger than women, and always have. While the gap is closing, men live around 4 years less than women in the UK, with an average life expectancy of around 79 years.

Healthy living – a no man’s land?

It’s been found that men have poorer levels of health knowledge than women, are 24% less likely to visit a GP or pharmacy and, despite the persistence of the term ‘man-flu’, are much less likely to acknowledge illness or seek help when they’re sick.

NHS statistics reveal that men are also far more likely than women to:

Plus, men are much more likely to combine these risky behaviours. Along with social factors, such as age, employment status and living with low resources, these unhealthy habits are the biggest causes of premature death.

The ‘men’ in mental health

There’s a huge, and saddening, gulf between the high numbers of men who die from suicide and the low number of men who seek treatment for mental ill health:

There is a real problem for men seeking help when they’re in mental distress or in need of physical health support. Left untreated, this can have further health implications, including the knock-on physical health problems caused by chronic mental ill health, and vice versa.

But why are men less likely to ask for help?

‘Man up’ leading to men down

A major barrier to health help-seeking for men can be adherence to – or fear of judgement if you don’t adhere to – traditional masculine values. There are still many messages that society pushes to boys and men about what they should be, e.g. brave, risk taking, self-reliant, emotionally controlled, strong and a breadwinner. Obviously, all men don’t believe that this is what it means to be a man. There are many different ways to be a man. However, the pressure still exists, and can be seen sometimes in men’s lifestyle magazines.

Studies have found that men who buy into the traditional view of masculinity, were less likely to seek early, preventative care, and more likely to delay care when they had injury or illness. All of this results in men not getting the help they need.

Here are 3 ways to improve health help seeking in men:

Men need to be kinder to themselves. They need to see health help seeking as positive and adaptive. They need to embrace self-kindness and self-compassion.

Self-kindness involves a gentle and understanding relationship with yourself rather than being harsh, critical and judgmental. It means treating yourself as you would treat a close friend. Use our Kindness Planner to help develop self-kindness.

Compassion acts as a motivator to reduce physical or emotional distress. Research shows that self-compassion increases motivation, creativity, confidence, curiosity, personal standards and resilience. It has also been shown to buffer the relationship between traditional beliefs about what a man is and fear of disclosure.

So having more self-kindness and self-compassion can make men more likely to seek help for health problems sooner.

Women have traditionally taken care of men's health, but everyone can play a role in supporting men.

If you want to support your male colleagues, friends and family members, learn more about common male feelings of fear, embarrassment, and above all, invincibility. It’s all about starting a dialogue – our Menkind: How to look out for your mates guide has plenty of conversation openers for you to try.

When it comes to seeking support for ill-health, simple things can help men get the most out of an appointment, such as helping him write a list of questions for the doctor. The average woman asks four questions during a doctor appointment, while the average man asks none.

And we can go a long way by reminding men it's okay to show emotions, to cry, to need a hug, and to talk about problems.

Men can sometimes gloss over instructions, but here’s one very important manual you should read today – our Menkind: How to be your own best mate guide. It explains the adjustments you can make in different areas of your life, to help you live a happier, healthier, longer life.

If you need help with a specific health concern, book a GP appointment with us, or if you haven’t seen a doctor in a while and would like an in-depth check-up, choose from one of our health assessments. And if you need help with your emotional wellbeing, you can talk to one of our therapists within 24 hours.

“Once I had made the appointment I felt so much better. Despite my concerns about what would be found - I felt much more in control and able to cope.”

“Asking for help is scary, but worth it”