How Pokémon Go could help the UK get fitter

Overview
Back to top
Fitness 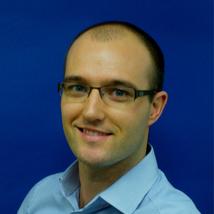 Pokémon Go is a simple game on your phone that asks you to catch, evolve and 'level up' as many Pokémon as possible.

It works by utilising “geo caching”, an outdoor pursuit that uses your phone's GPS to generate the locations of Pokémon nearby. The Pokémon could be literally anywhere, from within your office, to at the local cinema, but in order to catch them, you have to walk to them. Of course, it is possible to cheat by driving or cycling to the Pokémon, but certain elements of the game won't allow you to do this due to a speed limiter built into the app. Hatching eggs, for example, which requires you to walk a specific distance while the egg is incubated in order for a new Pokemon to be born, can't be fooled.

The premise of the game is fun, but the addictive nature of it means that Pokémon Go could have considerable health benefits for users too, encouraging them to boost their daily step count without even realising.

The game is the latest in a trend of 'gamified fitness' that was spearheaded by consoles such as Wii Fit. What Pokémon Go and similar games do is take this link between physical activity and gaming further, by making it mobile and encouraging users to experience the world around them, albeit in a virtual manner. As their experience becomes all the more immersive, with the growth of the virtual reality market, the potential for growth in gamified fitness is significant.

Are Pokémon Go and similar games the answer to all of our health problems? No. But looking at the success of Pokémon Go so far, we could see health improvements, particularly for those who would not usually engage with fitness in the traditional manner. We are already seeing Pokemon Go players wracking up huge step counts to find their little character friends, and being active is of course proven to improve health, prevent future illnesses, improve cognitive function and improve cardiovascular fitness.

Pokemon Go is also brilliant for increasing something known as NEAT (Non-Exercise Activity Thermogenesis). NEAT is the energy expended for everything we do that is not sleeping, eating or sports-like exercise. It ranges from the energy expended walking to work, typing, performing yard work, undertaking agricultural tasks and fidgeting. Even trivial physical activities increase metabolic rate substantially and it is the cumulative impact of a multitude of exothermic actions that culminate in an individual's daily NEAT. As such, any increase in NEAT will increase overall energy expenditure; considering that the primary reason for weight gain is an energy surplus, an increase in NEAT will support an improvement in energy balance towards a deficit, and so may contribute to weight reduction over the longer term.

What will ultimately make the most impact though is instilling behaviour change, and behaviours which people consciously make themselves. Once people get bored of Pokémon Go, what happens next? They are unlikely to have developed a lifestyle change, as they were effectively unconsciously increasing their activity levels, so without the game they most likely return to their “normal” embedded sedentary behaviours. I think the next step is to see how gamification can support the long term behaviour change model.

Want to hear more about Pokemon Go and fitness? Listen to the Tech Health Podcast.