How I became a TaekwonDo champ while working full time 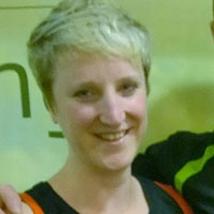 Sam Taylor Corporate gym member at Microsoft
After a seven-year break from TaekwonDo, it was just three months before Sam was representing England at the European Championships. She explains how she trained to become an elite athlete while working full time at Microsoft.

I was 14 years old when I joined my first TaekwonDo club, and from the first kick I was hooked. It’s a discipline that is as much about mental resilience as physical strength and that really appealed to me. You have to memorise a vast array of formations and patterns as well as perfect your techniques in order to beat your opponent. I loved learning it all.

And it turned out, I was rather good at it too. Throughout my youth I dedicated myself to the sport. I became Junior National Champion in my sparring division and once I got my black belt at age 16, represented the International TaekwonDo Federation (ITF) England squad at the European Championships in the junior team. We brought home bronze medals in patterns and sparring. And as I entered the adult category aged 18 I maintained my National Champion ranking.

“I was always fascinated with the psychology of elite athletes. What is it that gives them 'the edge'?”

As much as I loved Taekwondo, when I began university to study business and psychology the pressure of studying schedules and exams meant I didn’t have enough time to commit to the sport and I was forced to stop. But I found a way to include the sport in my life, albeit in an academic capacity. I was always fascinated with the psychology of elite athletes. What is it that gives them 'the edge'? So that was the focus for my dissertation. I studied the personality traits of the top athletes, examining how they deal with defeats, come back and project dominance over their opponents to become champions. I didn't know at that point how useful this would become.

University ended and I started my job in the marketing graduate scheme at Microsoft. One of the great benefits was having a Nuffield Health gym in the office, which meant it would be easy to fit training around my other commitments. So I returned to martial arts and for two years I learnt about grappling, ju-jitsu and cage work while training in mixed martial arts. But I longed after my first love and so resumed TaekwonDo training, joining my local club, Thames Valley TKD, in January 2015.

My goal initially was to simply return to the sport but after only a couple of months of training with the ITF England squad I was selected to represent them at the European Championships in Italy that March. 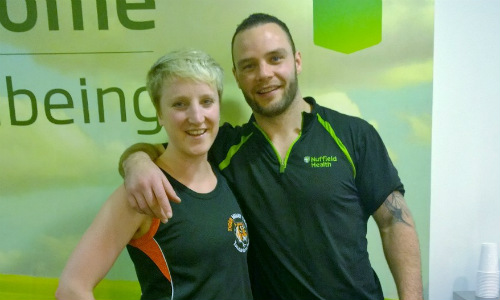 This was my chance to excel in TaekwonDo again. In order to do well, I knew I needed to take every opportunity to train. Between the Nuffield Health gym and Thames Valley TKD I trained for about 23 hours a week, with a mix of TaekwonDo, group exercise classes and strength and conditioning sessions.

But what really made the difference was having my personal trainer, Marty Butler. Like many of the personal trainers at our Nuffield Health gym, Marty had previously competed at an elite level in sport, in particular boxing. Having a PT who understands the discipline and training requirements in fighting sports helped my training immensely. He helped me devise a balanced programme and we started doing functional training sessions and pad work. He put me through my paces in every session, just what I needed to improve.

The European Championships would soon be upon us and as I was entered into the sub-57kg category I had to lose some weight to be able to qualify, as well as practicing my technique work. Marty and I devised a full training schedule to help me remain strong while losing weight.

The day of the championships came and I felt amazing. I weighed in easily at 55kg and the hard work proved worth it, as I took to the podium finishing 2nd in Europe for my sparring division. 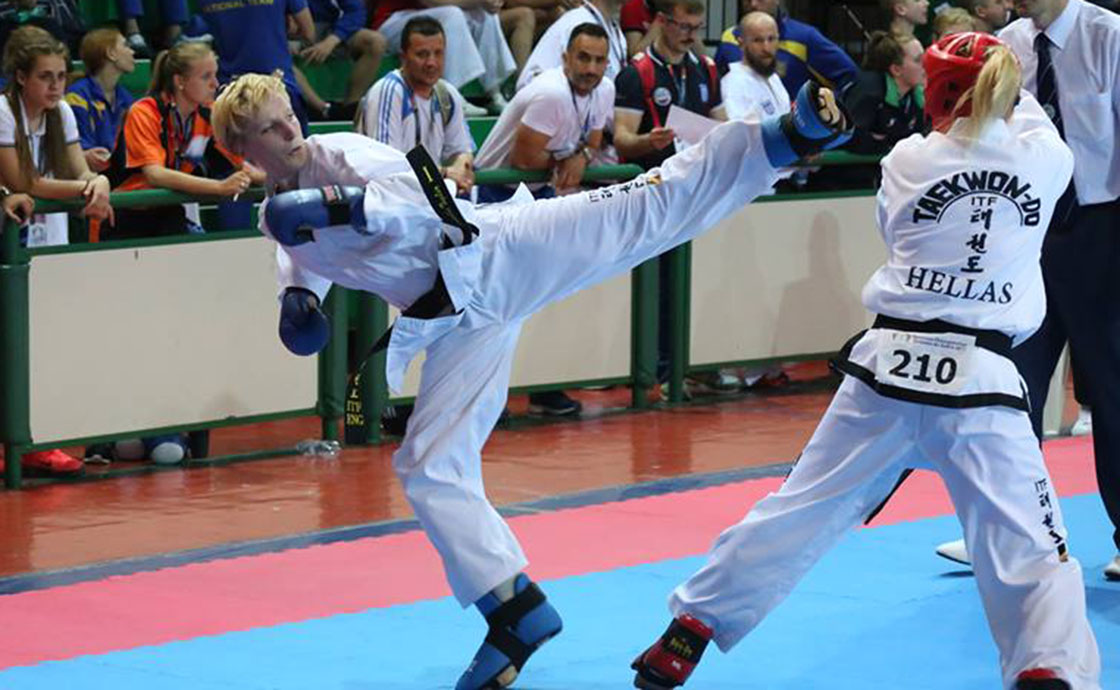 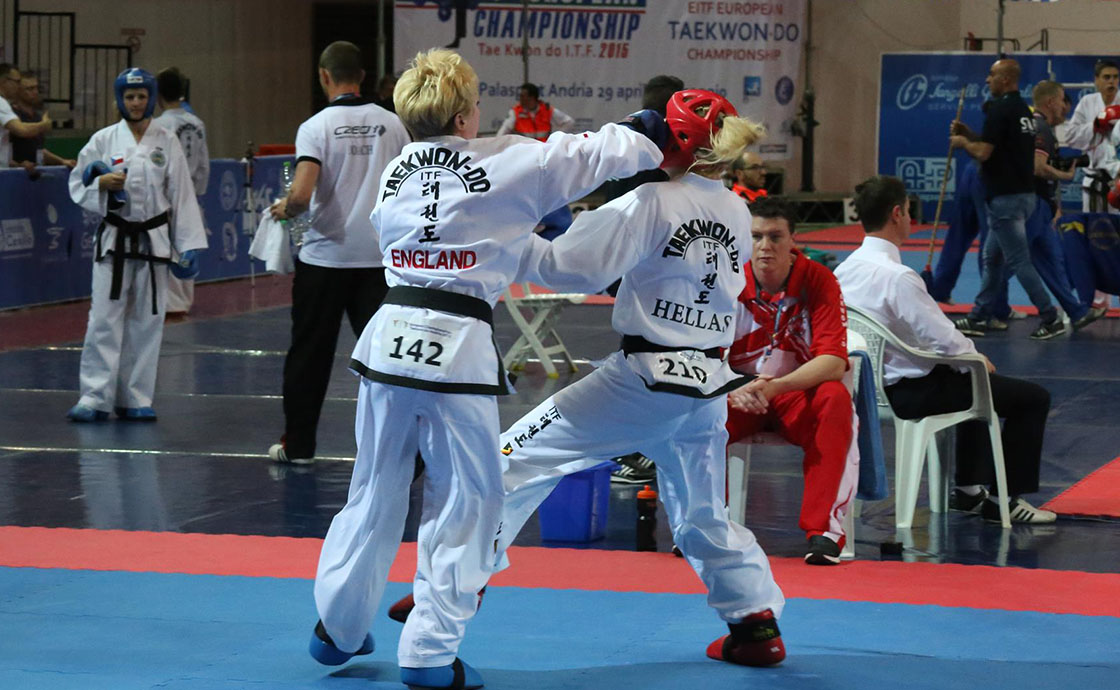 I was elated, but I didn’t have much time to celebrate. As soon as I returned home I was back in full time training for the upcoming Nationals and the World TaekwonDo Championships in Bulgaria in August.

Marty didn’t rest on his laurels either. Together with my TKD coaches we looked over footage from the Euros. It was clear we still needed to work on my footwork and speed. My hand skills were great, a result of working with Marty, but my kicks were still rusty. Footwork would help ensure I could be best positioned to be ready to throw better kicks at just the right time, so Marty tailored my sessions to do just that.

The months flew by and soon it was time to fly out to the World Championships where I would be competing at an elite level. We had a female team this time, which meant I had team events as well as my individual ones to look forward to.

This time I was entered into a higher weight category the -64kg division, so while I didn’t have to worry about my weight, I would face bigger, stronger opponents. However, we tailored my programme to deal with this and again the training paid off and I was overwhelmed to win the bronze medal.

As Marty said when I let him know the results, “being third in the World is not bad!” The icing on the cake for my 2015 achievements was to be awarded the Reading Female Sport Personality of the Year award.

I'm extremely proud, but I couldn't have done it without the support of Marty, who is now helping me on my next challenge - to become the European Champion at the 2016 Championships in Greece.

Goal setting: Sticking at it