Overview
Back to top
Fitness Swimming
Swimming can be a challenging full-body workout for anyone. But some have gone to incredible lengths to test the limits of human endurance.

Imagine battling 30ft waves, jelly fish stings and the threat of shark attacks as you reach the mid-point of your 126km unassisted swim. What would keep you going?

We can only wonder what words of self-encouragement must have run through Chloë McCardell’s head as she battled through the waves on her journey through the Bahamas. But whatever they were, they worked. Chloë is the current record holder for longest ever, unassisted, open-water swim.

Swimming is an activity that everyone can benefit from, but there are some people, like Chloe, whose passion for taking to the water runs so deep that they have accomplished unimaginable feats in a bid to test their limits.

Here we celebrate just seven of these most Herculean swimming accomplishments.

The longest distance ever swum without flippers in open sea is 225 km (139.8 miles). Croatian national Veljko Rogosic swam across the Adriatic Sea from Grado in Northern Italy to Riccione, also in Italy from 29-31 August 2006. The attempt took 50 hours and 10 mins.

Veljko, who passed away in 2012 aged 71, was an Olympic swimmer who competed for SFR Yugoslavia. He was also the first swimmer to cross from Europe to Africa via Sicily, a marathon he completed after setting off on his 67th birthday.

First to swim the Atlantic without a kickboard

The Atlantic is a vast and foreboding body of water, forming the second largest ocean in the world. There are certainly faster ways to cross it, but Benoît Lecomte isn’t someone who chooses the easy option. The Frenchman who lives in the USA navigated his way through its waters, from Hyannis, Massachusetts to Brittany in France, in 73 days alongside a boat that emitted an electromagnetic field to protect him from sharks. 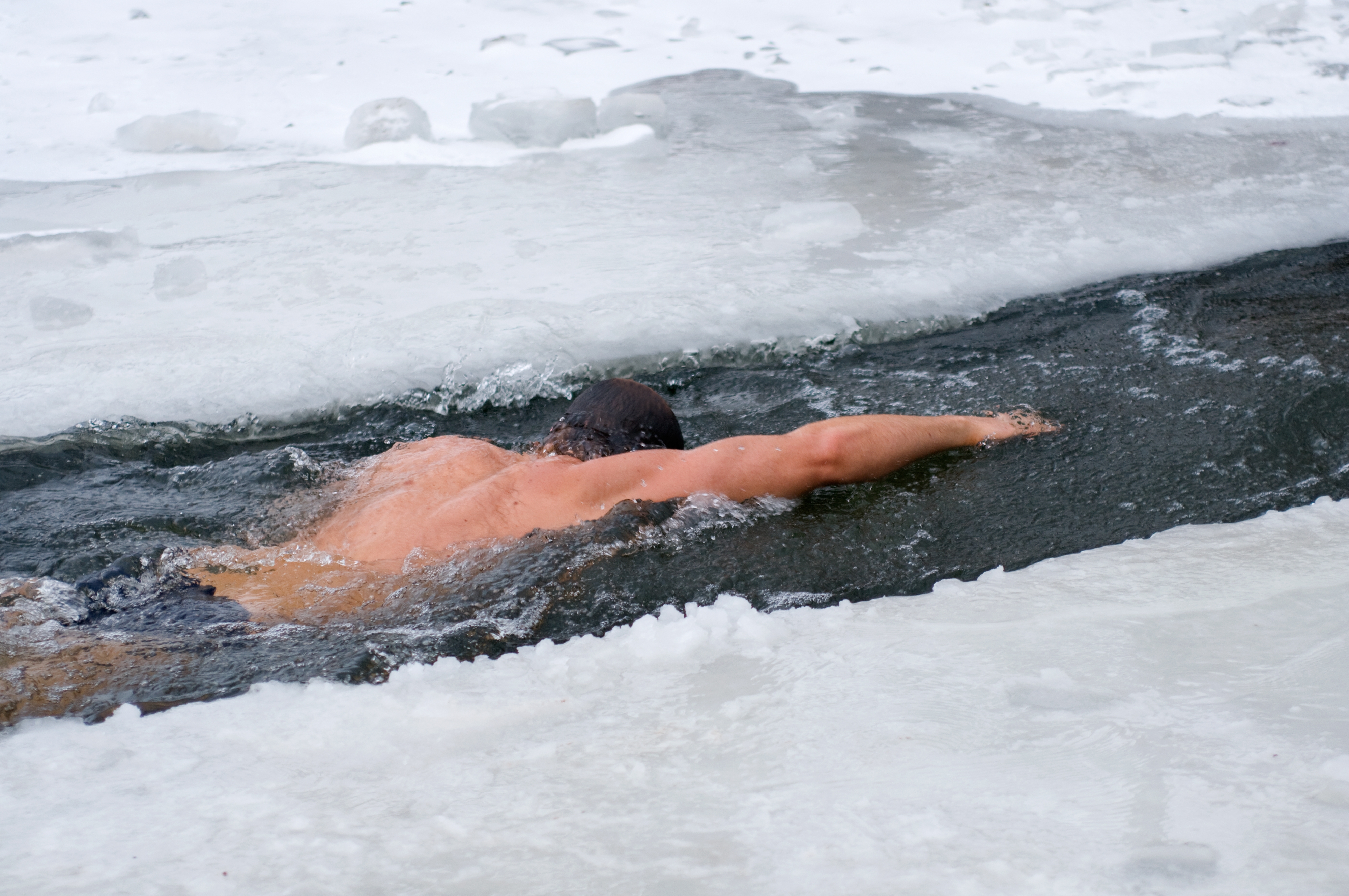 For most people, the very thought of swimming under ice is enough to shake them to the core. But for Stig Åvall Severinsen, it’s a challenge to be met. The Danish freediver holds the record for the longest swim under ice with breath held, at 152.4m. He took the plunge at Qorlortoq Lake in Annasslik Island in East Greenland in April 2013, taking two minutes and 11 seconds to complete the swim.

The swim completed closest to the South Pole was done at latitude -70º in Queen Maud Land, Antarctica in February 2008. South African Ram Barkai swam for 1km in water that was just 1 degree Celsius, a temperature that can induce a cold shock response causing you to involuntarily gasp for air. He was also at risk of hypothermia and frost bite. The former businessman specialises in winter swimming and has accomplished many other swimming feats, including swimming the Robben Island crossing 17 times.

First person to swim the Amazon

The Amazon River is perhaps best known for its place as one of the two longest rivers in the world, competing with the Nile for first place in a long-running debate. It’s probably second best known for being home to the flesh-eating piranha fish. Despite both of these facts, Slovenian Martin Strel embarked upon an epic 66 day swim from the Peruvian Andes to the Atlantic shores of Brazil, dodging snakes, sharks, piranhas and river pirates along the way. He was the first to complete the 3,272 mile swim in April 2007.

Most crossings of the English Channel

Fewer people have swum the English Channel than have climbed Everest, that’s how challenging the swim is. In taking on the route between England and France, swimmers must battle strong currents and tides that pull them in different directions, and variable sea conditions that can change unpredictably at little notice. But British swimmer Alison Streeter is unfazed, having completed the swim 43 times to date.

10 fun games to play in the swimming pool

Damian takes on the World Transplant Games for the win