Fertility treatment: What to expect

If you're considering fertility treatment it can be useful to know what to expect from the process ahead. This guide provides an outline of the typical journey and who will see you at each point.

Your initial consultation will be used to discuss your fertility concerns and take your medical history.

This first appointment will be with a Consultant, who will recommend the investigations you should have to determine your level of fertility and your likelihood of conceiving through fertility treatment.

Female patients give a blood sample to test for AMH (anti mullerian hormone), a hormone secreted by cells in developing egg sacs. The result gives an indication of the egg reserve in the ovary and the likely response to treatment. Male partners provide a semen sample for analysis.

Other tests may be suggested by the consultant – for example, tubal patency tests to check for obstructions in the fallopian tubes. 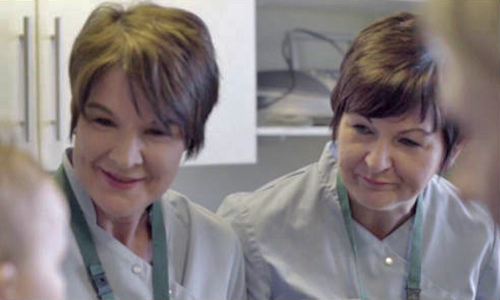 If it is determined that you would benefit from fertility treatment you will have a discussion with the nursing team, who will provide further information on the treatments that are recommended and talk you through the consent forms. Consent forms are in-depth and depending on the treatment you are entering, could include questions about whether you would like to donate your eggs or sperm to other couples, how you would like them to be stored or your preferences over the use of a sperm donor.

If you are using donated sperm, the embryologist may also be involved at this stage. Forms will not be signed until later.

You will return to sign the forms at a later appointment. A gap is left in order to ensure that you have had time to consider the options and are confident in your decisions. Once the consents are in place the journey will depend on your choice of treatments.

In many cases your Consultant will prescribe you a drug regime to prepare you for your treatment.

For instance, if you are not ovulating or have irregular cycles you will be given ovulation-inducing drugs to increase your chance of successful pregnancy. The drugs, given in injection form, can be self-administered.

If your treatment involves In Vitro Fertilisation (IVF) or Intra-Cytoplasmic Sperm Injection (ICSI) you will undergo egg collection. This will not happen if you have Intrauterine Insemination (IUI).

Egg collection is usually the first point you will meet the Embryologist, who is responsible for handling the eggs and sperm, checking for fertilisation and monitoring the embryos during IVF and ICSI.

During egg collection the Consultant will conduct the harvesting and will pass the follicular fluid, potentially containing eggs, to the Embryologist through a window into a sterile lab.

The Embryologist will then identify the eggs through a microscope before assisting the fertilisation.

This will be done in one of two ways:

IVF – during IVF many sperm are placed in a dish with the eggs. The sperm attempt to fertilise the eggs, this involves an element of natural selection as it is thought the ‘fittest’ sperm will penetrate the egg first.

ICSI – in cases where sperm are considered unlikely to be able to fertilise the eggs (for example due to a low sperm count or a previous lack of fertilisation) the Embryologist will select a single sperm to be injected directly into each egg. This process is called ICSI.

Once the Embryologist has assessed the fertilisation of the eggs, those fertilised successfully are placed in an incubator. One option is the embryoscope, which is a sealed incubator that takes timelapse photography of the embryos. This allows the Embryologist to watch the embryos’ development undisturbed and aids the selection of the best one(s). The post-fertilisation period will last from three to five days. This is because it may take up to five days for the best embryo to be defined. 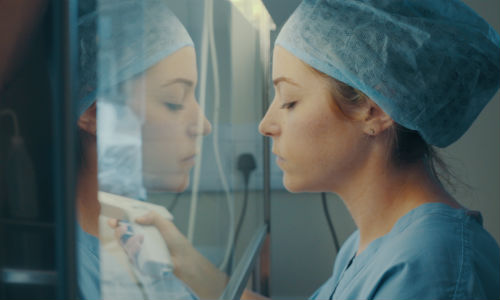 The Embryologist will be in contact with you regularly over these days and will advise how many eggs have been fertilised. On the second or third day they will advise you if the embryos are suitable for transfer on that day or if they will be reassessed and transferred on day five.

The Embryologist and Consultant will help you to decide how many embryos to transfer (into your uterus). The recommendation will usually be to transfer as few embryos as possible. This is because multiple pregnancies carry greater risks for both mother and child.

The transfer itself will be carried out by the Consultant and you do not need to be anaesthetised for the process. During the process the Embryologist draws the embryo(s) into the end of a very fine catheter and passes it to the Consultant who inserts it gently into the uterus before expelling the embryos. The empty catheter is then checked to make sure the embryos have gone.

After transfer you will have to wait approximately two weeks to know whether the embryo has successfully attached to the lining of your uterus. Many couples take a pregnancy test themselves at home, before coming to the clinic to have the result confirmed.

If you have a positive pregnancy test you will be booked for a pregnancy scan which will be carried out approximately three weeks after the positive test.

If you have a negative result you will speak with the Consultant and decide your next steps, which could include another round of treatment.