Overview
Back to top
Vision and Eyes Patient story
After losing his wife to cancer, Bruce contemplated giving up his lifelong passion of bird watching. Determined, he gathered the courage to return to the fields, but cruelly his eyesight began to fail soon after. This is his story of love, loss and redemption.

It’s just before dawn on a crisp March morning, not quite spring. As light spreads slowly across Kingfisher Bridge Nature Reserve, Bruce Martin is there, alone. Waterfowl, honking across the morning sky, accompany the sound of his boots brushing through the long grass. He trudges up a hill carrying a telescope, a notebook and a picture of his wife. There he looks out over the wetlands and waits for the birds to come.

Decades ago, on a camping trip with his children, Bruce heard a bird calling in the trees. That first pursuit awakened a passion: "I asked the RSPB how I could learn to identify birds, they put me in touch with the Cambridgeshire Bird Club. It all came on from there," remembers Bruce. 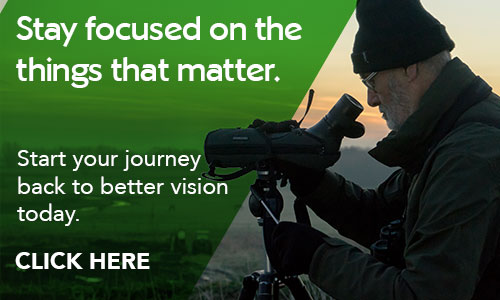 For years, bird watching was something he shared with his wife, Gwen. Even as she lived with multiple cancers over 25 years, she marched on alongside him.

“Twice she lost her hair and twice it had grown back again. She still wanted to continue getting out in the countryside, going out bird watching with me. It was amazing really.”

But in May 2013, doctors noticed small cell bone cancer had returned after chemotherapy.

“One day she was sick, she went up to bed and she never came down again,” says Bruce.

As Bruce withdrew from the world following Gwen’s death, his sons pushed him to go back to bird watching.

With some reluctance, Bruce returned to his hobby, “I found it quite difficult in those early days going to places where Gwen and I had been and the memory of it all”.

Slowly, Bruce began to claw back a sense of peace that had been taken from him. But as time went on he began to notice a problem with his dominant eye. Through his telescope, the colours blurred and birds disappeared from view. 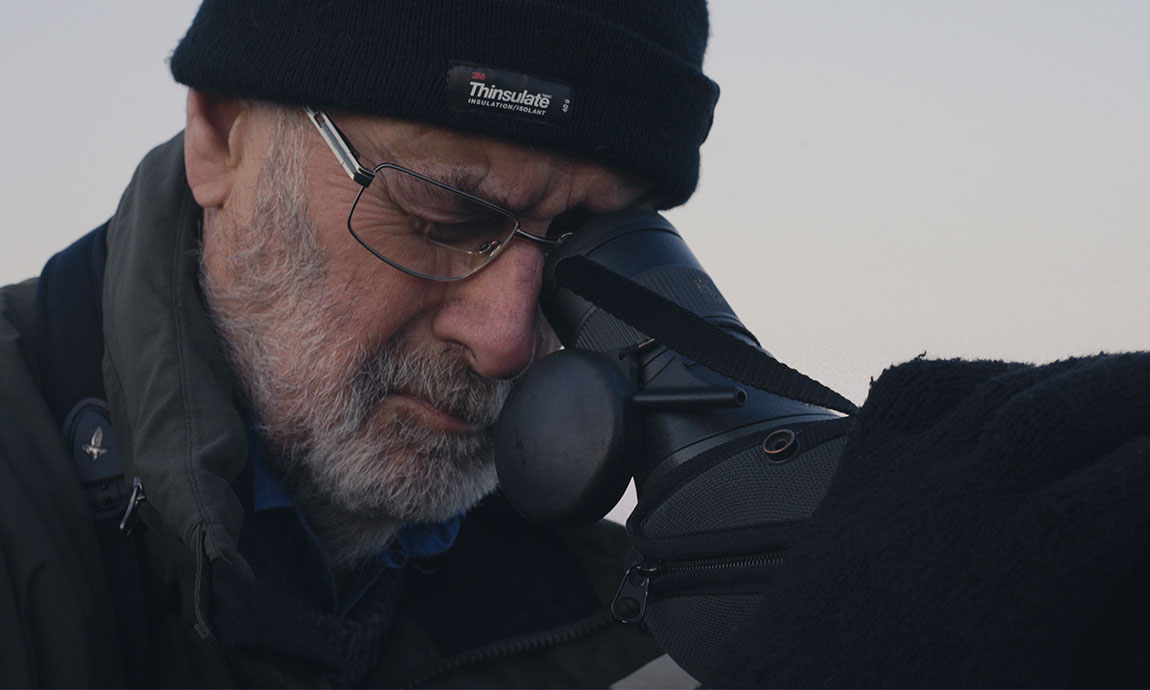 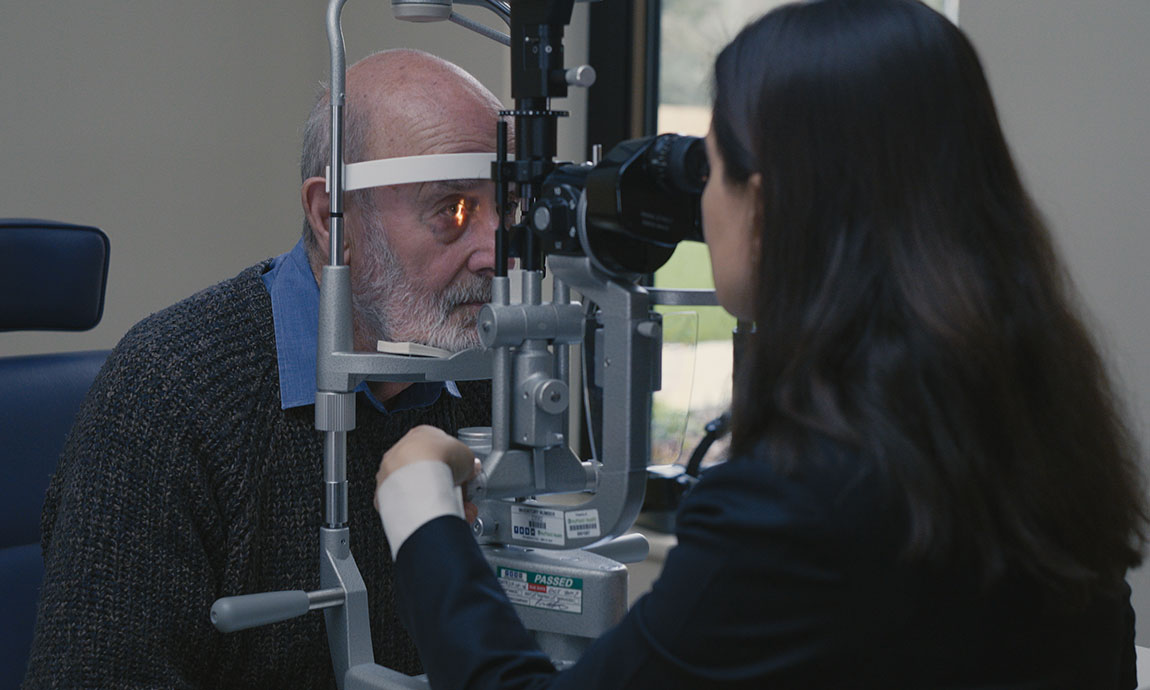 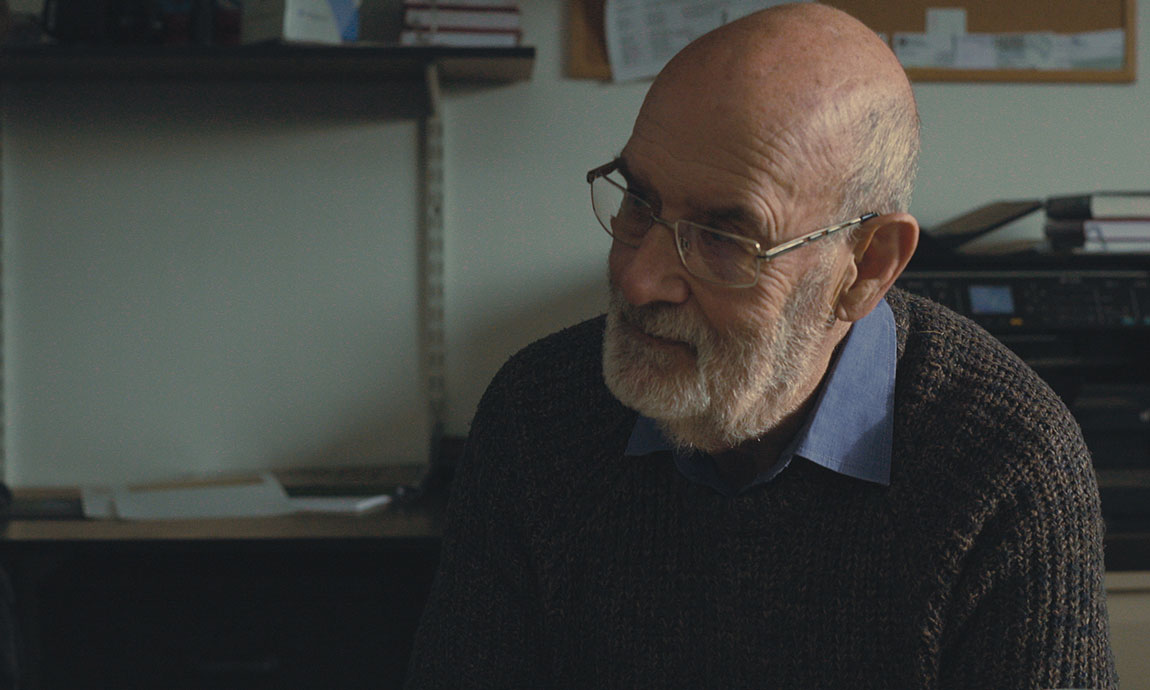 Bruce was already managing glaucoma with Consultant Ophthalmologist Ms Humma Shahid through the NHS. When Bruce attended his next appointment, Ms Shahid noticed he was developing a cataract.

“It was a moderate amount of cataract, which for some people may not have affected their vision as much as it did for Bruce,” explains Ms Shahid.

“He could have waited until the vision deteriorated further and his vision reached the level at which I could offer him surgery on the NHS, but Bruce didn’t want to wait that long.

"This was a man who had lost his wife in the preceding year and bird watching for him was really his main enjoyment and it helped him come to terms with the loss that he’d had.”

Bruce decided to pay for himself and sought treatment at Nuffield Health Cambridge Hospital, where Ms Shahid could carry out the surgery privately.

“It was excellent there was no pain or anything at all. They looked after me so very well,” Bruce remembers.

“It was like having a new eye really, you could see all the colours. It was like the bird watching I had come to love.

“It was such a relief that I could continue my life and go out and do the things that Gwen and I had done together. I’ve got my sight back and that’s very important to me.”

4 signs you may have cataracts