Wendy: from pain to personal training

Overview
Back to top
Back and Neck Bones and Joints Fitness Wellbeing at Work Patient story
For two decades, Wendy's life was dominated by pain that left her immobile and painkillers that wiped her out. Intimidated by gyms, but desperate for a solution, she has transitioned from pain to personal training and has never looked back.

Since her son, Josh, was a baby, Wendy's shoulder and arm pain had been chronic. A constant ache and discomfort, it would flare up during acute episodes and render her immobile for days or weeks.

Daily, she watched the clock until she could take the next painkiller. As time went on, the pain worsened, and the medication got stronger. But neither a cause nor a solution for her pain could be identified.

Josh is 18 now. Having suffered debilitating pain for almost two decades, since April 2016, Wendy hasn’t taken or wanted a single painkiller - she won’t even have them in the house.

“I never imagined the solution would be exercise,” says Wendy.

“Back then, I was a bank cashier, and I found that reaching forward for the money made the pain in my shoulder and elbow worse. The doctor said I had work-related RSI (repetitive strain injury), and signed me off work for three months. I went back to work in a different role, but the pain has been there ever since, for more than 17 years."

“About three years ago, the acute episodes started. That’s when I started taking cocodamol. Then again last year, I picked up my grandson Adam and the shoulder seized again. My daughter rushed to take him off me because I couldn’t move and was scared of dropping him. The pain was unbearable. And that’s when the doctors upped the dose."

“All this time, all I wanted was to know was the reason why. Why is this hurting? Why do these sudden episodes keep happening? But all the doctors and specialists did was give me more tablets or tell me to rest."

Wendy relied on medication to control the pain but began to realise that the pills were controlling her. 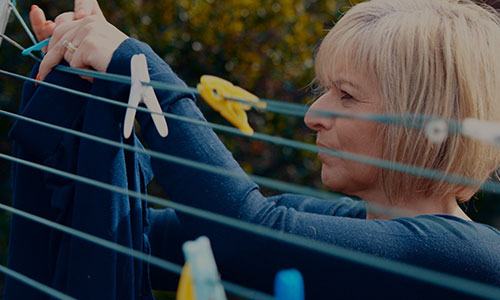 “The really strong painkillers I took during acute episodes would zone me out. I couldn’t work or drive when I was taking them because it wasn’t safe, so I just went to sleep. I used to cry with the pain and I couldn't even do basic things like hang the washing up."

“I was taking so many tablets, I’d get confused how many I’d taken. If I didn't have tablets in my handbag I’d be distraught. Once I actually had a panic attack once because I didn’t have any with me, it was awful."

“When I went back to the chemist for more cocodamol, they questioned why I needed another lot so soon and reminded me I shouldn’t be taking them long term. I knew I shouldn't, but I was convinced I needed them."

“So I started going to different chemists. That’s when I thought I might have a problem. It was like I needed my fix. I realised I had to do something different.”

Since taking part in a BBC documentary in 2016 about the nation’s reliance on pills, Wendy had known that her painkillers weren’t working. She understood that exercise had some part to play, but she didn’t have a clear plan of how to solve her pain after the cameras had left.

Through  a friend, Wendy was introduced to Nuffield Health Fitness & Wellbeing Gym Chingford, and to Jack, a personal trainer there.

“I’d always been intimidated by gyms. I’d plan to join one, or say I'd do Pilates but I never did them. I didn’t want to look silly and I hadn’t done any exercise for 15 years. But Nuffield Health said they could help, and I thought 'what have I got to lose?'"

“In the first session Jack looked at me and said, 'Hmm. Your shoulders are out of balance. One’s much higher than the other, so your upper back and shoulders are under a huge amount of strain - that’s part of why you’re having so many problems.'"

“And that is what we’ve done. Since training with Jack, when I hear people say they have a sore neck or back and see them take a painkiller, I tell them what they really need is to go to the gym!”

Jack knew taking on client with chronic pain was a huge responsibility. “Wendy was nervous and worried about hurting herself or causing an injury - at the beginning, you could tell she didn't want to do it."

"We started slowly, introducing her to different areas of the gym and new exercises to strengthen her back. She’s surprised herself with what she can do. Now, she comes in with some swagger, and she’s doing things she never thought she could. Progress like that, and a pain-free client, that’s why I do this job.”

Wendy glows and giggles when she talks about exercising. The woman who was intimidated by the gym and was dominated by her chronic pain, now lifts weights twice a week and instinctively corrects her own posture, pulling her shoulders back and relaxing her neck. She glides when she walks and it's hard to imagine the person she was before.

“Jack’s taught me so much - I never knew personal trainers had so much knowledge about how the body works. He knows when to push me, and when it's time to take a break. But most of all he gives me confidence." 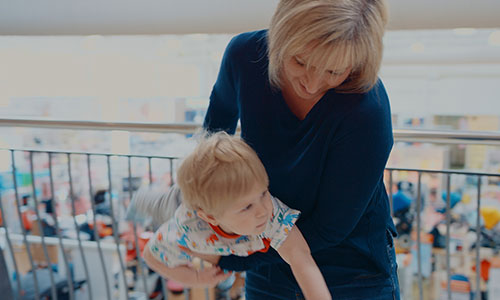 “We’ve been training together since September last year [2016] and there are still no painkillers. I won't go back. I'm strong and I can do normal things, like washing the windows, bowling or picking up Adam."

"It’s completely changed my outlook. I turn 50 this year and now I look forward to the future.”

Do you suffer with chronic pain, or are you looking to feel fitter and stronger? Find out more about how our highly qualified Personal Trainers could help you.

How to live positively with chronic pain