After two years of watching their daughter Erin, 7, struggle with repeated infection of the tonsils, her parents are relieved that their quest to find a solution to her discomfort and improve her quality of life was not in vain...

Thanks to consultant Ear Nose and Throat (ENT) surgeon Mr Sanjay Verma at the Nuffield Health Leeds Hospital, Erin is now a happy little girl with a healthy appetite for new foods and bundles of enthusiastic energy.

Erin’s father Seb described their deep concern at her condition: 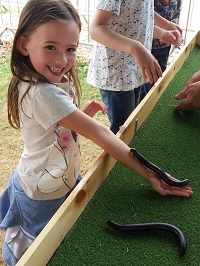 “Erin’s left tonsil was so inflamed; food often got caught and stuck there when she was eating. It really affected the way she ate and she complained of often ‘feeling’ the food go down.

“Outwardly Erin looked very healthy, however when Erin got ill, she really got poorly. Both tonsils got inflamed, so much so it only left a very thin gap for food and for her to breathe. This went on for two years.

"We were repeatedly at the doctors; but the NHS guidance for Erin’s condition meant no one was prepared to refer her for an operation. My wife and I were really worried about her.”

Refusing to accept this Erin’s parents decided to seek a second opinion.

“I have private medical insurance with my job and my insurer, Bupa asked me to select an approved consultant and get their details added onto the GP’s referral letter. I researched consultants and Mr Sanjay Verma stood out as a very experienced paediatric ENT Consultant. I noted he was an early adopter of pioneering ENT treatments. He really stood out from his peers,” said Seb.

After two years of worrying about Erin’s quality of life and her health, the appointment with Mr Verma was a revelation.

Seb recalls that within three seconds of looking at Erin’s throat Mr Verma was impressed by how enlarged her tonsils were.

“It was the first time in two years we had acknowledgment something was wrong,” he said. Consultant ENT surgeon Mr Sanjay Verma says: “Tonsils can cause problems if they are prone to recurrent infection, or large enough to be causing blockage to the airway.  It’s not always an easy or straightforward decision for a parent to put their child through surgery.”

Although the removal of tonsils or tonsillectomy used to be a fairly common minor procedure, it’s done less frequently now because of the risks involved with the operation and other available treatment options. However, Mr Verma recommended Erin was suitable for a new procedure called a Coblation tonsillectomy which makes the surgery and recovery process easier.

Mr Verma added: “Coblation tonsillectomy is an excellent means of removing tonsils in children, since there is very little blood loss during surgery and, in my experience, less post-operative discomfort.”

“Mr Verma advised it didn’t have to be done, but it was justifiable. Erin was a known snorer and slept a lot more than her older sister and kids in general. The inflamed tonsils had been disrupting her sleep as well as her eating and Mr Verma cited that it might lead to future behaviour problems.”

“We did some research. The biggest risk as I understood it for a tonsillectomy is blood loss. I googled the procedure Mr Verma recommended and the benefits included minimal blood loss and quicker recovery. It seemed to have fewer risks. This helped us come to a decision.”

On the day of Erin’s operation the team at Nuffield Health Leeds Hospital showed the family around, explaining what was going to happen.

“The paediatric nurse helped Erin feel so at home, and Mr Verma was great with her too; he was friendly and non-scary.”

The operation took place at the weekend, so both Erin’s parents could be there without it interfering with work. 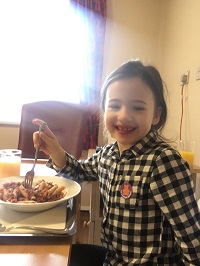 “After the operation, Erin was in the recovery room. We came down and she was sitting up in bed, with four nurses around her. She was talking to them all about school, her teachers and her boyfriends! She looked groggy but in amazingly good form!” said Seb.

Within a couple of hours Erin was tucking into some pasta – her favourite food – commenting about how it felt funny. She was so used to her tonsil getting knocked every time she ate that she immediately noticed the difference.

"The change in Erin has been remarkable – she’s an early riser like her sister now, so she is sleeping better. Her throat doesn’t get sore anymore and she is eating better! Erin’s trying new food that she wouldn’t touch previously for fear it would get stuck.

“We’re so pleased to have our little girl healthy and well again."