Niki May Young Senior Content Producer for fitness and wellbeing
When Tom was diagnosed with prostate cancer at 43, his long-felt suspicions had been confirmed. He was the latest in his family to be diagnosed, and the youngest.

“The day after my radiotherapy treatment ends we’re travelling to Wales and staying in an Elizabethan Hall that has been converted into accommodation,” Tom advises. “It’s in the middle of nowhere, ten miles either way there is nothing. It’s idyllic. I just want to focus on doing things with my family and enjoying life.”

Tom is a young father of two, a husband, a brother and a son. 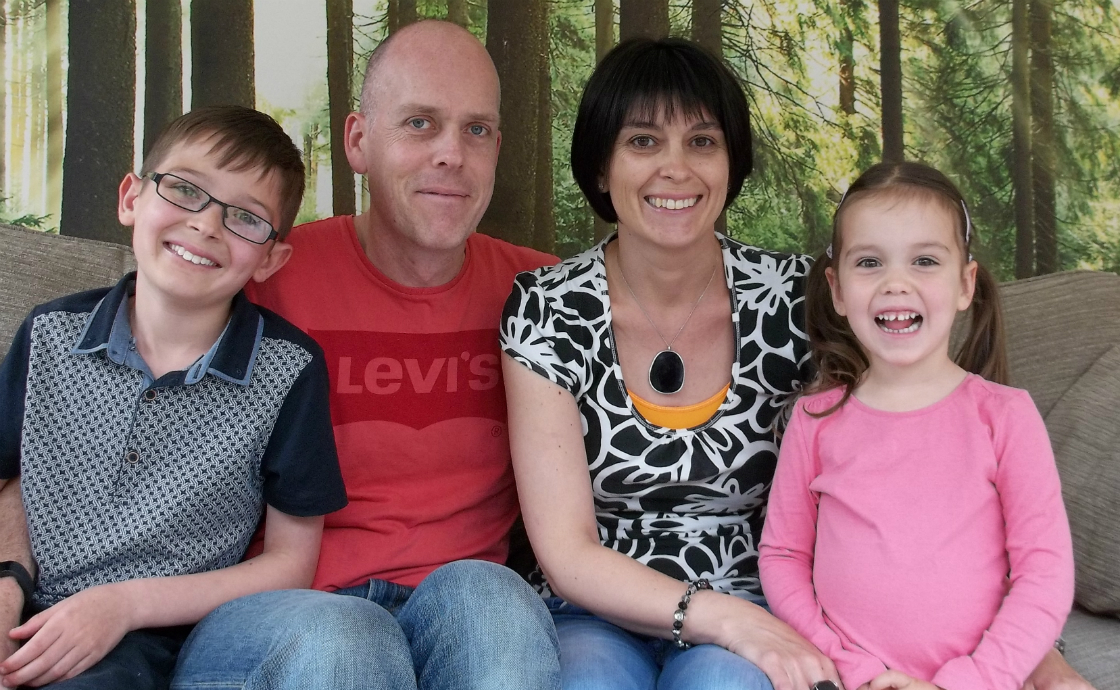 Despite having no obvious symptoms, Tom had taken the precaution of having several rectal examinations with his GP. Nothing was uncovered, but Tom still had his concerns.

“I’d always had this kind of nagging doubt. When you have that kind of family history you’re always thinking ‘what if’, trying to spot symptoms and thinking ‘is this normal’. So I did have an underlying fear that I could get diagnosed with prostate cancer earlier than usual.”

Tom was offered a Nuffield Health 360 Health Assessment as one of his health benefits with his work, software provider Salesforce. This was a small step that would prove invaluable.

The assessment was conducted near Tom’s home, at Oxford Manor Hospital. As well as a thorough range of tests including full physiology, blood tests, spinal assessment and urology Tom was afforded quality time with his doctor, Michelle Sheen, to discuss his health worries and have them heard.

He had previously been advised against taking the PSA test, a blood test that measures the amount of prostate specific antigen (PSA) in your blood, because he wasn’t presenting with any symptoms and because the test is normally not performed on men under 50. But given Tom’s family history, and his concerns, Dr Sheen agreed it would be beneficial to perform the test.

“I got the results when I was away on holiday. Dr Sheen said my PSA level was higher than should be expected, and with my family history it was high enough to raise alarm bells.” Tom was referred to a Nuffield urologist for further tests, where a rectal exam found greater cause for concern. An MRI test was then done which showed a 28mm tumour and a biopsy confirmed the tumour was cancerous.

“You reassess your priorities and realise how important health is to you.”

“When you get a health assessment it’s a great opportunity to have a full check up and make sure nothing is wrong with you. Only in my case there was,” Tom muses.

“When I received my diagnosis I was presented with a number of options. One option was radiotherapy, one was surgery, one was do nothing, but that really wasn’t an option for me.” Because prostate cancer is a fairly slow growing cancer it is often advised that older men don’t undergo treatment, which can have significant, life-altering side effects. But being in his 40s, with two young children, Tom decided surgery would give him the best chance of living a long and healthy life. In December 2014, he had a radical prostatectomy - complete removal of the prostate.

“It was quite daunting, I’d never had a major surgery before and it wasn’t something I particularly relished. But given the diagnosis and what I’d read about prostate surgery being a very common surgery, I was very confident.”

“Having cancer certainly focuses things and makes you reassess your priorities and realise how important health is to you, but there’s no need to wallow in self-pity.”

Tom spent just two days in hospital and took five weeks off work to recover over the Christmas holidays. He was fortunate to have limited side effects from the surgery, which can cause bowel and bladder control issues and erectile dysfunction. However, following the surgery pathology tests on the tissue they removed showed Tom had positive surgical margins. This meant that there was a risk that some cancerous cells remained after the operation, prompting Tom’s oncologist to recommend radiotherapy.

His radiotherapy sessions last around 20 minutes each day, and because Tom has so far avoided any unpleasant side effects, he is able to continue working throughout his treatment.

He is also working towards a new challenge. Tom will shortly be embarking on a mammoth 47 mile row down the Thames in aid of a charity which supports underprivileged children and the disabled to fulfil their boating ambitions.

“Having cancer certainly focuses things and makes you reassess your priorities and realise how important health is to you, but there’s no need to wallow in self-pity. I’m fairly pragmatic, you’ve just got to get on with it and hope for the best,” he says.

“I’m glad I did what I did and expressed my concerns to the doctor. Because I didn’t have any other symptoms I could have easily gone another couple of years without being diagnosed.”

First published on Wednesday 27 May 2015