'I've taken more from testicular cancer than it took from me'

It's something most men are guilty of, but that few would think might save their lives - Phil first noticed that something wasn't quite right while scratching his testicles. Until that moment, it had been a Monday like any other.

"I was on the phone to my wife at the time and it just stopped me in my tracks. It wasn't a lump but a kind of swelling in one of my testicles. It felt really firm," he says.

At first he guessed the swelling was temporary. That it would go away on its own. But later that day performing squats at the gym, Phil felt his firm testicle brush against his leg. He didn't wait any longer - he called his GP.

“There's still a lot of blanks that need to be filled in when you get that diagnosis. It's easy to indulge negativity and let fear take over.”

On Saturday morning, Mr Vohra conducted a physical exam and told Phil that while he'd need further tests, he thought there was a good chance it was indeed testicular cancer.

Phil walked out of the consultation in a daze and feeling a little faint, found a park bench to sit on. He sat for a while not knowing what to do before calling his wife.

"I cried, she cried. It was terrible. In that moment I didn't know what was coming. I think it was the shock of it. Then I composed myself and called my mum. I put on a braver face for her. 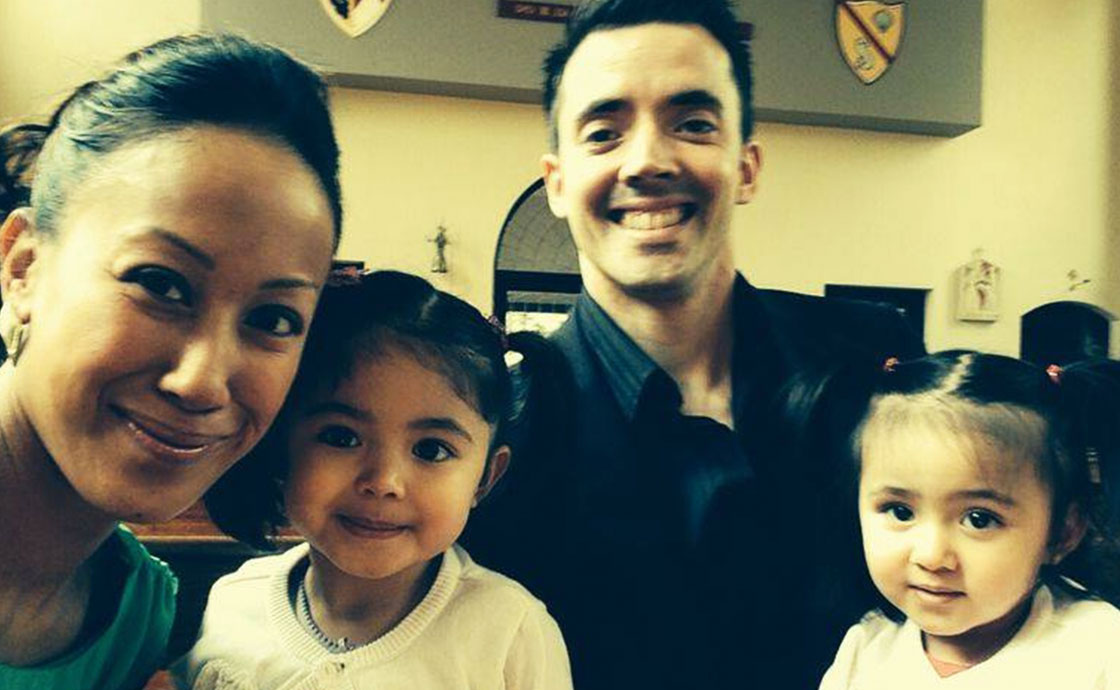 "There's still a lot of blanks that need to be filled in when you get that diagnosis. It's easy to indulge negativity and let fear take over.

"The biggest part of cancer for me was fighting against that impulse. I realised I didn't have a good reason to assume the worst, so I handed myself over to the process."

“Some guys wilfully ignore problems like a sore testicle out of embarrassment. I can't get my head around that.”

On Monday, Phil was back at Nuffield Health Brentwood Hospital to have a testicular screen and blood test. The results, which came two days later, confirmed what Mr Vohra had suspected - at 31-years-old, Phil had testicular cancer.

But this time, Phil took the news in his stride.

"I had already accepted it. But now we knew more, we knew how to treat it and what would happen next," says Phil.

Phil's cancer was discovered early. It hadn't spread beyond the one testicle and so the first step was as simple as it was abrupt - remove the cancerous testicle.

"My only question was: 'Will it affect my performance? Will it change me?' I just wanted to do what needed to be done."

The answer to both those questions was no.

With one testicle Phil would still produce plenty of testosterone, be able to achieve erections and father children as normal. If he didn't act, and the cancer spread to his other testicle - those things would suddenly become more complicated.

It would slightly affect the appearance of Phil's scrotum - meaning, anyone who bothered to look closely might notice he had a single testicle. He was offered a prosthetic testicle but Phil didn't see the need.

"It wouldn't do or change anything for me," he says.

On Friday, just 10 days after he first discovered his swollen testicle, Phil had an orchidectomy to remove it.

"The procedure was over quickly but I had to take almost 9 weeks off from the gym. I had to be careful playing with the kids and I couldn't lift them for a while afterwards."

Over the next month Phil had a series of blood tests while a biopsy was carried out on the removed testicle.

He was advised that he didn't need chemotherapy, but he would need monthly check ups and blood tests and several CT scans over the coming twelve months. One year on, with no signs of the cancer returning, Phil's chances of relapsing have dramatically dropped.

"I acted fast and that gave me options. Some guys wilfully ignore problems like a sore testicle out of embarrassment. I can't get my head around that.

"Some things I couldn't control. I just had to accept it and trust the experts at the hospital.Being able to do that meant I could focus on how I was responding to the whole situation.That was important because it meant I could stay positive.

"I've taken more from cancer than it took from me. It's given me perspective. If I had waited, I could have forced my family to watch me go through more treatment. It would have been more painful for all of us. And what reason could I give for that?"

Should I worry about testicular cancer?

"We need to talk about prostate cancer"