How Beth is using boxing to manage cystic fibrosis

Niki May Young Senior Content Producer for fitness and wellbeing
The 16-year-old isn’t taking the life-limiting condition lying down. She’s fighting her CF with a fitness programme designed to improve her quality of life.

The Samsa's garage is laid out like a pharmacy. It takes a lot of organisation to make sure the daily medication of over 50 pills and nebulisers prescribed to the family’s youngest member, Beth, is in order.

She combines her daily meds with two daily bouts of physiotherapy, and with such a regime it would be easy for Beth to let cystic fibrosis rule her life. But when you meet her, you would be forgiven for being none the wiser that the 16-year-old had a health condition at all.

“I like ‘the usual’ really: music, going to gigs, seeing my friends,” she tells me at her home near St Albans. It’s an assertion that’s confirmed by the many ticket stubs adorning her bedroom door.

Petite, prim and polite, Beth is a soft-natured girl, but she’s also a fighter.

Her parents, Nikki and Graham, received Beth’s diagnosis when she was just six weeks old. Beth had been a sickly baby, Nikki remembers, but with two healthy older brothers, the family had no idea that both parents carried the faulty gene that, when combined, leads to a 1 in 4 chance of any child being born with the condition.

“I was 30 when Beth was born and at that point the life expectancy for a person with cystic fibrosis was 31. I remember thinking that I hadn’t done everything I wanted to do. I had three young kiddies and life was supposed to start then, with a family.” The prospect of Beth’s life being cut short so young was hard to compute.

Thankfully, ongoing research into the condition has seen an additional year added to the life expectancy of CF sufferers for every year of Beth’s life, with life expectancy now being mid-forties and going up every year. “It’s great, because Beth now says ‘Oh Mum it’s ok, by the time I’m 60 (if life expectancy doesn’t continue to increase) I’ll be old anyway.’ And for her that still seems like a long life.”

Cystic fibrosis affects everyone differently, but for most the main complication is lung function, with sticky mucus blocking sufferers’ airways. For Beth, this is combined with digestive issues, and CF-related diabetes as a result of reduced pancreatic function. Yet she’s only had to be admitted to hospital a couple of times in the last four years, and her lung function has remained at a high level. 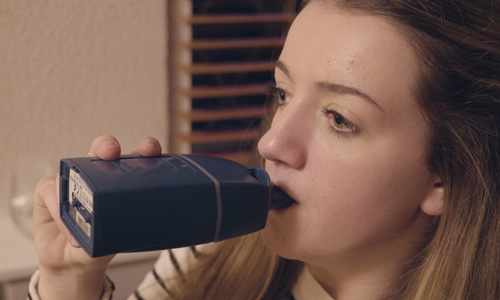 Fighting for her health

Beth’s remarkable health isn’t just down to research or luck - she’s put in the hard work herself to ensure she stays as healthy as possible. “I know what it’s like when I’m not well so I just do what I can to avoid that.”

So she takes her medication and diligently continues her physio daily. But Beth also credits her good health with another factor – exercise.

In 2014 Great Ormond Street Hospital referred Beth for an innovative programme to research the effect of exercise on the lung function of CF patients. Launched in 2011 by Nuffield Health in partnership with the children's hospital, the programme provides free gym membership and weekly personal training sessions for CF patients and their carers at their nearest Nuffield Health gym. Because Beth's health was already so good, she was entered into the control group, with the hope that the programme would help maintain Beth's high lung function. For Beth, the results have been clear.

“My lung function has stayed at a very high level, and has even sometimes improved,” she says. But the positive effects have extended further than lung function.

“When I first met Beth her fitness levels weren’t the best. When she started she was only able to exercise for around three to five minutes before she needed a break,” says Michael. The exercise, he says, would make Beth physically sick. But working with Beth and adapting her routine, she’s now able to keep going for up to 15 minutes before she has to pause. 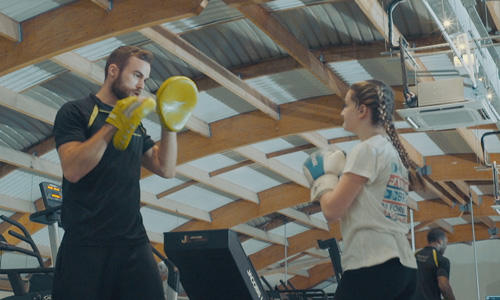 Michael could have chosen any routine for Beth, but he spotted an aptitude for boxing early in the programme. Since then, Beth has practiced boxing every week and now proceeds apparently effortlessly with complex combinations of punches and defensive manoeuvres. The contrast between her small form with hair worn in pleated bunches and the burly personal trainer as they spar is distinct. But Beth is ferocious and precise with her punches, and her talent for the sport is clear.

It’s this, Beth says, that has been one of the biggest successes for her. “I'm more confident in things that I’m doing, even generally. I feel like because I’ve shown so much progress through the training that I can progress in everything else and I feel more determined to do well.”

Beth is one of over 100 children and teenagers who have been through Nuffield Health’s cystic fibrosis programme so far. With such positive results, the organisation is looking to expand the programme further and into other conditions. Find out more here.