Or call us on 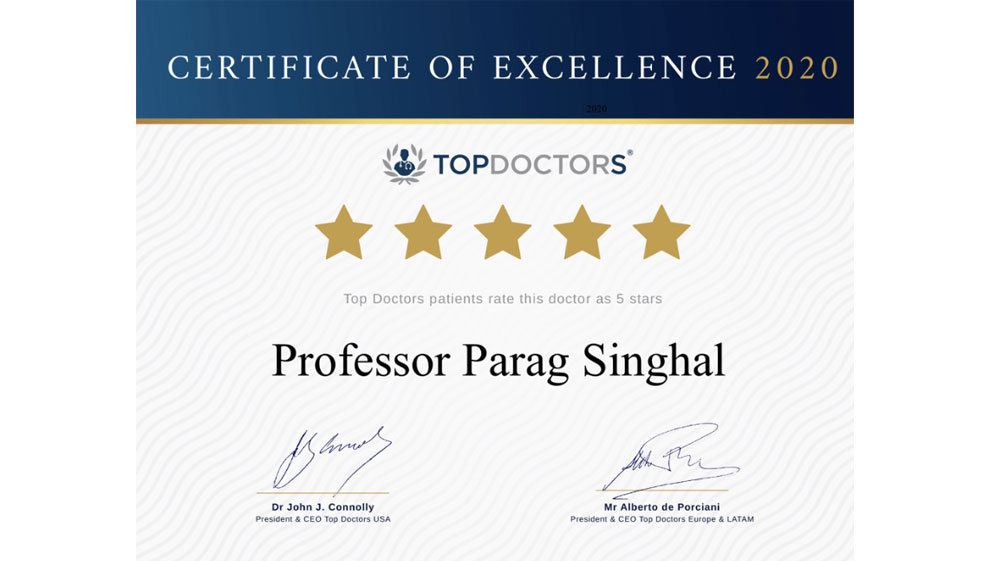 Professor Parag Singhal is a Consultant Endocrinologist. In the field of endocrinology and metabolic medicine, his special interests lie in all aspects of diabetes, including diabetic foot, thyroid disease and reproductive medicine. He is available for consultations and treatment at the private practices of Nuffield Health Bristol and Taunton Hospitals, The Waterside Suite, Weston General Hospital and The Chesterfield Clinic.

Professor Singhal was voted as top 50 doctors in top doctors survey of 2021 and has been also appointed as Hon Professor of Medicine at School of Medicine at at Bolton Uni.

His main areas of focus are the thyroid and thyroid conditions, especially hypothyroidism. He has successfully treated a large cohort of patients using a combination of therapies, and as such some travel to see him from all over the country for help with their thyroid conditions.

Professor Singhal routinely scores highly in satisfaction surveys and has received awards that reflect his attention to improving patient care.

Professor Parag Singhal does not hold a share or financial interest in this hospital, another Nuffield Health hospital or the company.

Professor Parag Singhal does not have a share or financial interest in equipment used at this hospital or another Nuffield Health hospital.

Professor Parag Singhal does not hold any paid advisory role(s) at this hospital or on behalf of Nuffield Health.