Nuffield Health is managed by the Board of Governors, who are both directors of the company and the trustees of the not-for-profit organisation.

The board is responsible for setting strategy, ensuring that there are the necessary financial, human and physical assets to meet those strategic aims, monitoring the performance of the group, overseeing risk management, and setting the group's values.

Members of the Board of Governors 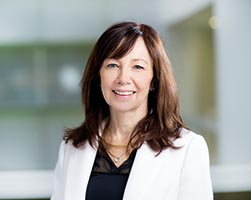 Natalie-Jane was appointed Chairman of the Board of Governors in 2020, after joining the Nuffield Health Board in January 2017. Her career has been in healthcare, beginning as a physician and clinical lecturer, then joining the British Medical Association as Head of Medical Ethics and International Affairs. She held a variety of roles at Bupa, including as Managing Director of Bupa’s UK insurance and wellbeing division. She subsequently became CEO of Acorn Care and Education. She is a Non-Executive Director of the Private Healthcare& Information Network (PHIN) and an associate Non-Executive Director at the Royal National Orthopaedic Hospital. 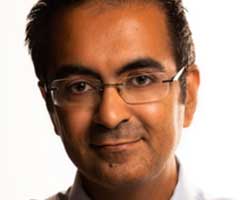 Dr Junaid Bajwa has spent more than 15 years working across primary care, secondary care and public health settings, in addition to acting as a policy maker within the UK, where he specialises in informatics, digital transformation, and leadership.

Junaid has also acted as a consultant for healthcare systems across the US, Australia, New Zealand, Singapore, the Middle East and Europe. He is currently a practising physician in the NHS and occupies the roles of Chief Medical Scientist at Microsoft Research and Non-Executive Director at University College London Hospitals NHS Foundation Trust. 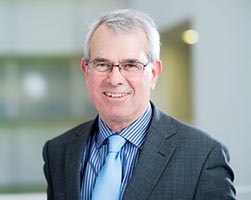 Martin joined the Nuffield Health Board in 2013 and is currently Chair of the Finance and Investment Committee. He has extensive experience of strategy and marketing, together with a strong understanding of how to position an organisation.

During his career, he has worked at the Home Office and FTSE 250 companies, including Boots the Chemist.

Martin also holds non-executive positions with the Government Procurement Service, the Scout Association, Wesleyan Bank and Wesleyan Assurance Society. He is also a Trustee of Vision Aid Overseas and is a guest lecturer on Nottingham University’s MBA programme. 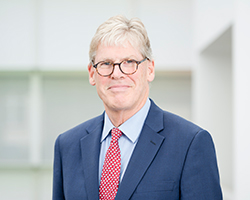 Patrick Figgis joined the Nuffield Health Board in 2018. He was previously a Senior Partner at PwC where he led their Global Health practice. He was a member of PwC UK’s Board and Chair of their Non-Executive Director forum.

During the course of Patrick’s career he has advised numerous UK and international clients, especially those going through change. Most recently he has focused on the healthcare sector. Patrick has supported several charities and is currently Chairman of Bowel Cancer UK. 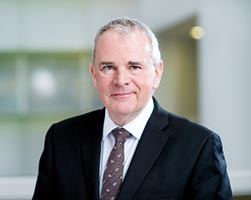 David joined the Board of Nuffield Health in 2014, bringing with him over 35 years of experience working in IT and operations across multiple industries for large, international businesses such as Diageo, GlaxoSmithKline, Boots, Reuters, RBS and National Grid. David is also a Non-Executive Director of HSBC Bank plc, FDM Group plc, Co-operative Insurance and Weatherbys Ltd, is on the Board of the Department for Work and Pensions and is a Trustee of the Tech Partnership where he focuses on the skills and diversity challenges of the UK technology sector 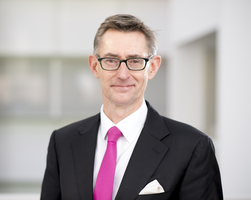 Steve joined the Nuffield Health Board in July 2017.

Steve is an audit and transaction services partner for Grant Thornton, who specialises in listed and large private businesses which operate in multiple countries. He was previously Chair of the Partnership Oversight Board of Grant Thornton UK LLP from 2008 to 2016 and was the Head of Assurance Services of the firm from 1999 to 2006. 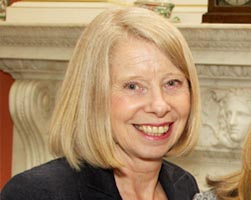 Elizabeth spent most of her clinical career as a Nurse and Midwife in the NHS, including 17 years as Director of Nursing, Deputy Chief Executive and Acting CEO in two NHS Trusts both in Somerset and London.

Subsequently she was CEO of the Florence Nightingale Foundation for 7 years, where the emphasis was on improving health, clinical outcomes and patient experience through building nursing and midwifery research and leadership capacity and capability. 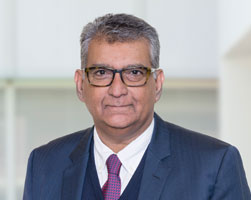 Neil brings strong property and retail experience to Nuffield Health. Previously, Neil was Group Property Director of J Sainsbury and before that served for 28 years with Tesco, where he rose to be Stores Board Director, responsible for property and operations for the UK business. He also holds a number of public sector positions and was awarded an MBE for his work in relation to Energy Efficiency & Sustainability in the Retail sector. Neil is a Council Member of the University of Warwick, where he also chairs Warwick Business School, non-executive director of Network Rail Property Ltd and chairs Bonhill Holdings Group and CakeBox. 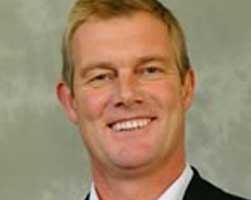 Mark Stansfeld has over 30 years’ experience in the telecoms and digital economy, driving innovation and adoption of new technologies and businesses, such as giffgaff, a unique community-led mobile operator, as well as being a board member that led O2 to become the UK’s market leader.

Currently, Mark is chairing DCMS’s largest 5G trials testbed with WM5G, aimed at driving adoption at scale of 5G technologies in health, manufacturing and transport. He is passionate about driving digital adoption for the benefit of all and is also a non-executive director for Quickline, a broadband provider addressing the digital divide for rural communities. He has previously been a non-executive director of the West Midlands SHA and the West Bromwich Building Society.