'Regaining full eyesight has made life so much easier'

Overview
Back to top
Vision and Eyes Patient story
Paula tells us her experience of laser eye surgery and why she was happy to volunteer as the first patient in a new clinic. 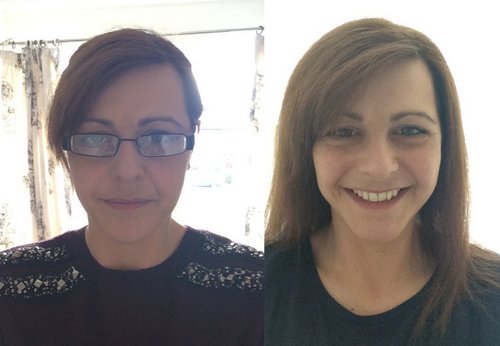 Paula is an eye theatre nurse, and had been wearing contact lenses since she was 12.

“I had terrible vision,” she said. “I was very short sighted, and I hated my glasses with a passion.”

Paula had reached the point where she was wearing her contact lenses for too long just to avoid wearing glasses.

When Simon Madge, an Ophthalmology specialist who operates in one of the theatres where Paula works as a nurse, introduced laser surgery to the Nuffield Health Hereford Hospital Paula happily volunteered to go first.

“Having seen how Simon works it wasn’t nerve wracking at all,” Paula said. “I’d been thinking about it for a long time, and knowing that Simon would be operating was actually a help.”

Paula went in to the hospital in mid afternoon and had a coffee while the team prepared for her surgery.

The operation was very quick. Paula’s first small victory happened when she was standing up after the operation. She was already able to see numbers on an eye test she never would have been able to see without her glasses.

It wasn’t long before she was back to full 20/20 vision, free from contact lenses and glasses for the first time since she was 12.

It’s the little things that have made the biggest impact on Paula’s life.

“Keeping fit is easier,” she said.  “I don’t have to worry about my contact lenses when I go swimming. And I no longer have to deal with glasses getting covered in rain when I go out or steaming up when I come back inside. It just makes everything so much easier.