How Alex fought anxiety to return to diving

Overview
Back to top
Fitness Heart and Lung Lifestyle Management Patient story
Alex worried that he’d never be able to dive again after a blockage in his heart was discovered. But he wasn’t willing to give up without a fight.

“In my twenties I was on holiday and they were advertising to try diving and I really fancied doing it. It conjured memories of when I was a child watching Jacques Cousteau filming whales and turtles.

“The instructor took me out and there was an amazing feeling of weightlessness, surrounded by the blue and the bubbles. Out of nowhere came this little ray and I just couldn’t take my eyes off him. It triggered my love for the sport,” Alex remembers.

Since then Alex has embraced diving as he has many other sporting activities, with relish. He’s always been an active person, he tells Nuffield Health. As a young boy he recalls watching the Olympic Games with his parents and being in awe of the athletes. As a result he joined the local athletics club, first as a runner and then as a javelin thrower reaching the ‘dizzy heights of the Sussex County Championships’. His interest in sport continued to grow with him and in his teens he took up powerlifting, before training as an instructor in his early 20s.

Now at 46 years old Alex has continued his passion for sport, climbing mountains and diving in the oceans regularly. But in 2014 pains in his chest began to concern him.

“I remember swimming and after 20 or 30 lengths I’d get pains in my chest.”

“Initially I thought I was just out of breath and I’d stop on the side for a few minutes. I’d carry on and would feel ok afterwards and think nothing of it. Then I’d go back a couple of days later and the pains would come again.

“My initial way of dealing with it was to ease off and not train so hard, and then I thought there’s something wrong here, it’s not right. So I got it diagnosed. I had a blockage in my heart.” 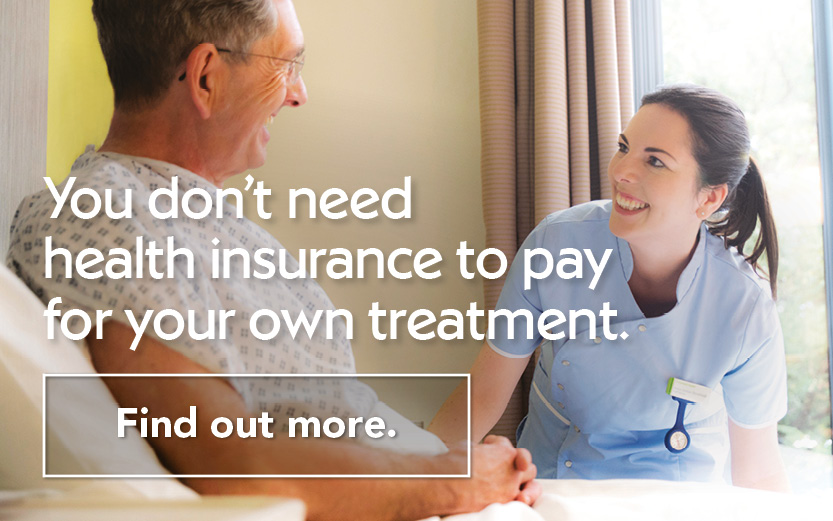 Alex was diagnosed with angina and given the option of whether to manage the condition with medication or to have an operation to unblock his artery. He opted for the operation.

“I think if I wasn’t so passionate about sport and scuba diving in particular I probably would have taken the easy way out and tried to regulate the angina with medication. But I thought I enjoy these sports, I’ve never compromised before and this is a good chance to go back to where I was.”

But after having the operation, Alex found that his confidence in diving had faltered. Just a couple of months after his operation Alex tried to dive whilst on holiday, but had to abort. “I just didn’t feel right and I was devastated,” he says, admitting he probably tried to get back in the water too soon.

When he returned home despite feeling dejected Alex continued to train at Nuffield Health Crawley gym, using his sessions as a measurement of his health.

“I go to Nuffield Health about three to five times a week in mornings before work. It’s been integral in my recovery because it provides a base indicator for my health, particularly with the Health MOTs which plot my progress. The gym has all of the cardiovascular equipment and the swimming pool together so I can alternate between them and find out my limits.”

But it was Alex’s partner, Joanne who provided the impetus for Alex to challenge himself again.

“Joanne is a very active person herself. She’s a qualified rock climber and used to fight for the Italian Tae Kwon Do team. She wasn’t used to compromising either and she inspired me to give diving another shot.”

On a holiday in Sardinia six months post-surgery Alex took to the water once more.

“I felt that euphoria that I always get on a good dive, a wave of happiness. I was looking around and I could see the sun coming down through the blue and the bubbles from the other divers. I looked down to see this wreck coming out of the gloom and I felt great.

“I can’t wait for the future now. I’ve been given a second chance and now that I know I can dive again, nothing’s going to stop me. Under any circumstances.”

Mike’s angiogram: A journey inside the heart

How Marc fought his way back from depression