Fertility treatment | The making of a happy ending

Overview
Back to top
Fertility Patient story
Fiona and Karen worked through the challenges of their fertility treatment as a team. And they got the best reward imaginable.

Fiona frantically shoos an angry wasp away from her little boy Harris, who’s sat in a high chair in the kitchen eating his lunch. Karen runs for a newspaper to swat it as Harris chomps away obliviously. It’s the scene of an ordinary family, on an ordinary day. But Fiona and Karen have come a long way to reach this point.

As a same sex couple, the options for having their own children haven’t always been available to them. For many years, Karen says, they didn’t consider it an option, and remained content in their busy professional lives within the sports industry. But with options becoming more and more available to same sex couples over the course of their relationship, they began to contemplate life with children.

“A few years ago we started discussing fertility treatment. We both were a little bit older, we were both quite far advanced in our careers and we just thought it’s now or never, and got quite excited about the prospect of starting a family,” adds Fiona.

Fiona was 37 when they decided to seek treatment at Nuffield Health. At first the couple were concerned that her age could rule out a pregnancy, but after conducting fertility tests, staff at the hospital were able to confirm that Fiona had a high chance of successful pregnancy.

The couple were given their two best options: Intrauterine Insemination (IUI), where sperm would be donated and a process of natural insemination would occur; or In Vitro Fertilisation (IVF), where donor sperm would be used to fertilise Fiona’s eggs outside of her uterus. Because Nuffield Health Glasgow had its own sperm bank, they were able to find a match quickly, before making their decision to try IUI.

“It was the start of the journey for us so IUI felt a lot less scary than IVF,” explains Fiona. “But now that we’ve been through both, we know that IVF is equally as straight forward.”

Fiona and Karen had four unsuccessful rounds of IUI over two years before opting for the IVF treatment that was to prove successful.

“It was difficult at times,” says Karen. “Without having a loss, it sometimes felt like a loss. It’s difficult not to think ahead and visualise what life might be like if the treatment is successful. But we got to a point where we just stopped ourselves and tried to enjoy all of the steps in the process for what they were.”

And in the end, adds Fiona, the process brought them closer together as a couple. 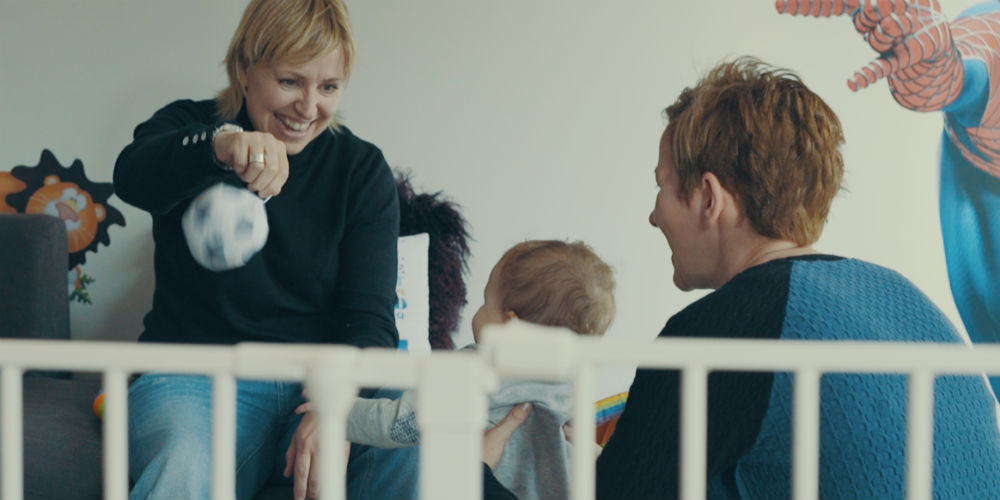 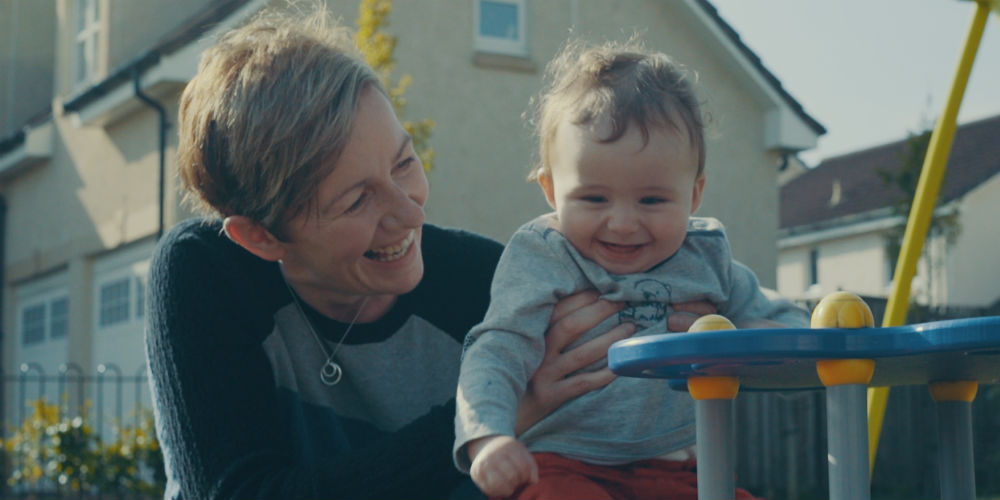 So when the couple had their fourth unsuccessful attempt at IUI, Karen and Fiona made the decision together to try IVF. And it was that decision that led to the birth of Harris, who is now nine months old.

Now at 41 and 44 years old, life for Fiona and Karen has changed dramatically.

"I get very emotional thinking about the first time I held Harris in my arms," says Karen, struggling to hold back tears. "It was just indescribable, everything we wanted."